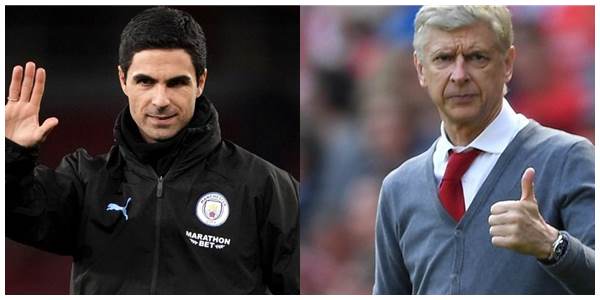 Based on press reports, the appointment of Mikel Arteta as the new Arsenal head-coach is imminent. I am loathed to grant them any credence given the long history of “fake news” by the mainstream media when it comes to Arsenal, but in this case one cannot ignore the sound of loud hoofbeats and pretend there is no herd of elephants storming in our direction.

This appointment is remarkable, even revolutionary.  Who could have imagined such a development 18, 12 or even 6 months ago?

The press and the insanely anti-Wenger elements in the fanbase were celebrating the first season in two decades without the old “dinosaur”. According to them the years of mediocrity and stagnation was over. A new Arsenal was being created with a modern management structure that was no longer dependent on one man. Ivan Gazidis was in charge of a new executive team; Raul Sanllehi for football relations, Vinai Venkatesham the financial man, Sven Mislintat as head of recruitment and, instead of a a traditional manager, a head coach in the form of Unai Emery was appointed. We were promised a glorious future.

Within weeks of that new season there were early signs that the dream we were being sold could easily turn into a nightmare. In September, barely four matches in, Ivan Gazidis, who had implemented the grand plan to erase the era of Wenger-dominance, spreading out his responsibilities among these many executives (am sure like any bureaucracy they each have a staff), took a hike for pastures new. Unlike Wenger he had no compunctions about breaking a contract. What a vote of confidence in the future!

That left Sanllehi and Venkatesham in charge as co-chief executives. But by January 2019 Mislintat had quit to great consternation among those who knew of his formidable reputation in spotting and signing talent. He was not called “Diamond Eyes” for nothing. So significant was his loss that Amy Lawrence penned the following in a piece she did for the Guardian.

“Arsenal’s grand plans to restructure post-Arsène Wenger have begun to splinter with Sven Mislintat, brought in as head of recruitment, set to leave after feeling his position has become untenable.”

Can you imagine? Three months after trying to rid themselves of an icon, a man looked up to worldwide as representing the best values of the club, the new management team was already splintering.  Not my words, Amy Lawrence’s.

Football-wise Unai Emery was able to maintain Wenger’s legacy a little longer than the suits above him. Initially the usual suspects rejoiced because he turned his back on the Arsenal-Way.

All of this was fine and dandy until the 22 –game unbeaten run came to a grinding halt exposing the emperor as having no clothes. Aubameyang was simply unable to sustain his freakish streak of seven goals from seven shots. Without Ozil or Ramsey the Arsenal midfield was slow and ponderous, failing to create chances, as Arsenal morphed into ”Cutback FC.”  Apart from cutbacks and crosses, Emery’s teams had no attacking identity leading to tactical confusion as formations changed from game-to-game and even from one-half to the next.

This was the team that stumbled through the final matches of the 18-19 premier league season, repeatedly blowing its chances of making the top-4 and qualifying for the champions league, winning only one match in its last five league games

Similarly, despite reaching the Europa League final after some decent performances, Emery’s team was simply blown away by Chelsea led by a coach who had never won a title in almost two decades of management. Arsenal was simply outplayed by a team who took advantage of every tactical weakness.

Yet Emery was allowed to continue into the 19-20 season and given the benefit of even greater spending in the summer transfer window. In a quite unWenger-like move, a promising Pepe was signed for £72 million at the expense of both Iwobi, a home-grown player without a transfer fee, and Mikhitaryan, a proven midfielder. Similarly, despite Wenger leaving the club feeling that a new contract Aaron Ramsey was assured, the new management decided to let him go on a free without any replacement of comparable talent. Similarly veterans players on contract like Monreal and club captain Koscielny were allowed to leave or sold, clearly underestimating their superior talent or experience to any of the replacements. All this to the credit of Don Raul, a non-football man who somehow weaseled his way into becoming chief of football. What a disaster!

17 games into the new season Arsenal is is like the Titanic. She is sinking; 10th in the league and heading in the wrong direction. The midfield engine which was once the pride of the club, attacking and creating chances even against superior opposition, is weak. They were thoroughly exposed versus Manchester City.  75 minutes into the City game nearly one-thirds of the stadium was empty. This is equivalent to a ship taking water. A club whose fans stay away from games is a drowning and grasping for air.

By their deeds, not their words

By selecting Mikel Arteta to rescue the club from the current crisis, the owners and management are admitting, by their deeds, that the anti-Wenger project has failed. Despite the thousands of words being written and podcasted by mainstream and social media, none of them will admit this truth.

None of the names bandied about to replace Emery are more faithful to Wenger’s footballing ideas than Mikel. He said it from the day he joined the club as a player from Everton:

“When I was younger my dream was always to play for Barcelona. But after that, if you had asked me where I would like to play when I first arrived in the UK, the answer would have been Arsenal – and that’s the truth. The way they played, the team they had, the philosophy of attacking football, they enjoyed playing the way I do and I would have chosen them ahead of any other. Now that I’m here, I feel so proud to be part of this football club. What they’ve done with it, how they’ve managed it and built it up, is unbelievable.”

Similarly, as he approached the twilight of his playing career and his aspirations to become a manager became known, he famously said in that “Mikel Arteta FC “ interview among his managerial influences:

“One is Arsène Wenger, of course – he has a philosophy that he’s never going to change because he really believes in it. That is the most important thing, because if you don’t really believe in something then you’ll just change it after one bad result and drive your players crazy.”

I have no doubt that the lego haired Spaniard will not flinch in the task at hand. He has an iron will and single-minded, as his wife was to learn on the birth of their first child. In 2009, on the verge of being selected for Spain for the very first time, he did his cruciate, anterior ligament and meniscus. After four and a half months, he had many relapses and was eventually out for 11 months. Not even the duty to hold his brand new baby could stop him from doing his rehab in his drive to return to top-flight football. Mikel is one tough hombre.

But as my fellow podcaster Blackburn George would remind him, the damage over the past 18 months has been so great there is no quick fix.