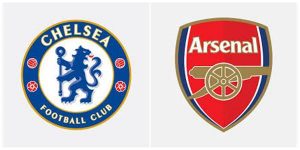 Just over 3 weeks ago, Arsenal faced Chelsea in what was an evenly matched game. My prediction on the day proved right. Not just the result, but in the manner it came about. A close fought game ending in a heartbreaking loss. Of course, VAR or whoever Riley appointed to man that screen, played a role that day just as it did in our last game. That’s just how it is in the rich man’s playground that is the Premier League.

Speaking of the money league, we’re in the middle of an unusually quiet winter transfer window. Not that I’ve been keeping track but hardly anyone seems to be doing any major deals. Partly that has to do with Liverpool’s dominance. They don’t need anybody, and everyone else has no urgency this season. Except, maybe, Arsenal. We could do with some reinforcements, what with injuries and previous transfer decisions leaving us short of quality players. It’s also kind of shocking that after 23 games our goal difference is still negative.

However, I’m of the view that we shouldn’t try to force our way into the top-4 but rebuild patiently the right way. We’ve made too many rash decisions in the past season and a half. Arteta in his press conference indicated the same; that he wouldn’t be upset if we don’t buy for the sake of buying.

Another chance to catch up

Our results haven’t been great. In fact, we’ve won just 1 PL game of our last 5. That was against the old enemy, ManU. We drew 3 others and lost to Chelsea. Chelsea won against us and Burnley but drew with Brighton They also suffered losses against Southampton and, most recently, Newcastle. That is just the way this season has gone.

Which means we have the chance to catch up. We’re 10 points behind Chelsea in 4th, and 5 behind ManU in 5th. We’re also just 2 points behind Spurs. It seems like we keep saying this, but with just 16 games remaining, we won’t get many more chances if we slip up again.

It certainly won’t be easy. Chelsea are a good side, with a good mixture of youth and experience. Tammy Abraham is their main man up front. Willian always carries a threat, and then there’s Mason Mount who has been impressive. Chelsea actually miss a lot of big chances, but they are also second in shots created. They also have more passes than everyone except ManCity, because their midfield of Jorginho and Kante provide them a good base to dominate possession.

Once again, midfield will be our biggest challenge. Whoever partners Xhaka (I am assuming he will start) will have to be really on their game and aware of the danger at all times. Full backs are the other worry.

The more I talk about Chelsea, the more I am talking myself into believing we will lose this game. So let’s focus on Arsenal instead. Despite the disappointing results, our performances have been quite good. We need to keep our intensity up throughout the 90 mins. That’s something we’ve had problems with, including in the last game against Sheffield United.

Injuries haven’t helped. Bad man-management by the previous full-time head coach destroyed cohesion and continuity. Since Arteta arrived there has been very little time between fixtures to prepare for game.  But we know the score. That’s just how it is.

Apart from our improved tactics under Arteta, we also seem fitter. I think we’ll be fired up for this one. The key will be keeping confidence and belief high.

Auba’s suspension robs us of our top threat up front. Lacazette hasn’t been scoring and I’d say he’s been feeling the pressure. He did give us a couple of good moments in the last game and maybe he can take confidence from that. Ozil too needs to step up and create more. Easier said than done, but if we can get the ball to him in the spaces he finds, then he could be vital.

Two youngsters, Martinelli and Saka, have been the bright sparks. Both are stepping up at a time when they are sorely needed. Martinelli has been a revelation. For him to be promoted to the PL level and not look out of place is a testimony to his talent. It’s also encouraging that he looks humble and keen to learn. Saka, meanwhile has filled in admirably while both our left-backs are out of action. His crosses in particular are great. Maybe another youngster Eddie Nketiah, formerly of Chelsea who let him go for being too short, can produce a similar impact on our season. Starting with this game. How sweet would that be?

Team News: Sokratis will be assessed if has recovered from his illness. Mustafi had a good game on Saturday but I’d feel more confident if Papa was back. Kolasinac and Reiss Nelson are both still out. Tierney and Chambers remain long term injuries. Bellerin has been slowly working his way back in training and was on the bench at the weekend. This might be the game he makes his comeback. He might face his nemesis, Marcos Alonso, who is also returning from injury for Chelsea. Maybe Hector can get his own back by assisting or scoring the winning goal.

Prediction: I expect Chelsea to dominate possession and put us under pressure. Stamford Bridge has been a difficult ground for us and their confidence will be high. But we’ll keep up the intensity and take our chances. 2-1 confidence boosting away win for Arsenal to kick start the rest of our season.