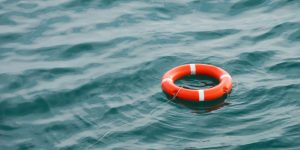 A lifeline to Europe?

Gunners won. That’s one side of the coin. How we won is the another and on that the less we talk the better.

One theme that we have seen so often since the restart is the habit of gifts being given and then dispatched away. Wednesday night at Emirates can easily be classified as a new episode of this series.

It all started when Tierney played a simple pass to the ever impressive Emi Martinez and the Argentinian showed his first signs of youth when he took his attention off the impending run of Firmino and tried to play the ball forward even though the line was covered. The ball bounced off the Brazilian onto the post and out for a goal kick. It could have been the opener.

That opener soon arrived for Liverpool. After continuous pressure, which saw the Gunners drop deeper and deeper, Firmino instigated a move on the left allowing a simple Robertson run on the inside channel which caused all sorts of trouble to the backline. It allowed Mane to attack the open 6-yard space with no pressure and a simple finish to apply to take the lead.

Number of things went wrong in that little play but none more so than the basic rule of defending which is to always be aware of space around you and the danger. These are the things you coach to young kids, but when you see an international making these kind of errors, then really there isn’t much to talk about.

This theme of sloppiness continued and for a period it looked like Arsenal would be on the receiving end. But midway through the half the tempo suddenly changed. Virgil Van Dijk was pressured into playing a simple back pass, which he made a total mess of. Lacazette was able to intercept, round the keeper and score, putting the Gunners on level terms.

That seemed to have shocked Liverpool and their manager as suddenly the control and authority went out of their game and mistakes started to creep in. Soon afterwards on the brink of the half time, Allision took inspiration and failed to execute a simple pass out to Robertson and Lacazette cashed-in, setting-up Nelson for Arsenal’s second.

I believe a simple thank you note is now in order to Liverpool Football Club.

The second half was all controlled by Arteta as he looked to block off any threat from Liverpool by making Arsenal’s team shape more structured and compact. This included some “odd” tactical decisions including the introduction of Joe Willock as False 9 with Auba and Pepe on either wings but it paid off as it put more focus on blocking the wings of Liverpool and forcing them more central where they often found that extra person with one too many to beat.

Even then, Salah had some decent opportunities, which on any other day he might have dispatched but not on this occasion. Arsenal dropped deeper and gave away any intent of attacking the Liverpool goal, showing how defensively drilled they have preparedto tackle these kind of situations. At times it did look like that pressure will eventually break the backline but in tough times they held on.

This was Arsenal’s first league win over the Reds in 5 years. No matter the situation regarding Liverpool being on their honeymoon, after winning the League, the win is significant for Arsenal for many reasons. None the least of which is it will provide a good momentum for us going into the FA Cup semi-final tie with Manchester City. The Cup is now our only chance for Europe next season and for a club the size of Arsenal it is unthinkable to be without it.

Key players were also rested in Liverpool game and I hope they will all comeback stronger to give some strength to our Project Rescue. Let’s revel in the success of this win and hope for the best for FA Cup Semi Final.