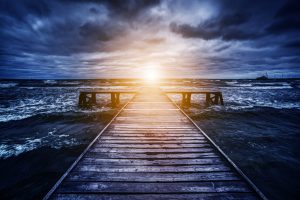 Light of hope or despair

Sky is blue, grass is green and Arsenal play to another draw.

It has become so common this season, what else to expect going into a game. Our expectations of a win, which were so common seasons before, have become rather rare.

There were a lot of talking points from this tussle. Team selection, substitutions, tactical difficulties in controlling midfield, physical battles, relentless cross-field play, lack of chance creation, missed sitters and so on. It all felt like watching Crystal Palace away on a repeat (barring goals and the red card drama).

In the end it was not about the match itself but the big picture, an image that is impossible to escape. Once upon a time it was impossible to conceive but on Sunday Arsenal and Burnley went into a mid-season game locked on same points, sitting in mid table. In the end it was a proper battle of equals, low in quality and high in drama.

Up to recently, no matter how poor Arsenal’s current form was, one would never associate such a mighty club with words like ‘mid table mediocracy.’  But on Sunday those were the only words one could use to describe the match at the full time.

Just when you begin to realize the depths to which this mighty club has fallen, you are hit by another fact, so damning it not only makes you angry but sad as well. After 25 games into a league season, the tally of 31 points represent Arsenal’s worst start to a season 108 years. You have to go back to 1912/13 to find Arsenal so bad.

This was our 13th draw of the season. For comparison, Arsenal have never recorded that tally in a 20 games league season ever before. Our 6 wins at this stage is also the lowest since 1912/13 season. Alas! The grass was not greener post Arsene Wenger. Who would have guessed!

This is by far the worst season of our lives, unless you were alive for the1912/13 campaign. Oh for the good old days. Remember when finishing fourth was deemed a failure. Now, if we manage to finish top half, it would be a success.

I genuinely don’t feel like talking about the match as it just pales in comparison with the bigger picture. But as this is a match report, I fear we must talk about the game for what it was.

With Aubameyang and David Luiz back in the squad one felt hopeful regarding the game. And in the opening 25 mins, one could see something promising on the field as well. Gunners controlled possession, looked comfortable on ball and on any other day would have taken an early lead had Aubameyang tucked away the kind of chance that he has been putting away all season. But on the day, it seemed like he had left his scoring boots back at Selhurst Park as he went on to miss two further sitters.

After a period in which the Gunners failed to create multiple chances  but created enough to win it, they began to fade as Burnley started imposing their physicality on the game and winning free kicks deep in our territory. What followed was a relentless crossing game with McNeil at times proving to be too hot for Arsenal to handle.

Arsenal dealt with the crosses as best as they could but it was clear to see that sooner rather than later, we would break. Burnley had two excellent chances; first Henderick and then Rodriguez failed to find the back of the net.

Arsenal were not helped with an injury to Saka, which meant that Granit Xhaka was forced to cover in that position with Lucas Torreira coming on to partner Matteo Guendouzi. The result is that Arsenal suffered as the Frenchman time and time again showed his lack of experience and maturity by needlessly giving balls away and an incapacity to bring our front-4 into the game. The result was Arsenal failed to control any aspect of the game in the beginning of the second half and Mesut Ozil was completely taken out of the game.

When most managers would have looked to trying to regain the control, Arteta decided to put an extra shield in an already malfunctioning midfield by taking Ozil off for Willock. It neither solved any problems nor created new ones for the opposition. As the game progressed, Arsenal created a few half chances but to no avail.

On other hand, Burnley kept peppering Arsenal with far post crosses and with time they started getting better of Hector Bellerin and Granit Xhaka. After countless opportunities, they finally created their best opportunity to win it but, Rodriguez from 6 yards out and only goal at his mercy, somehow found a way to miss it spectacularly.  His rising volley hit the inside of the top post and rebound back into play off the line. The whole stadium was in disbelief, let alone Rodriguez.

Both teams threw men forward in search for a winner but unlike the recent history between them, a late goal was not on the menu this time. And as the full time whistle rang, both would feel that they did enough to win it. Truth be told, Arsenal should have stamped their authority in the first 25 mins and kind of escaped at the end.

There is a clear pattern emerging under Mikel Arteta. Arsenal face less shots on goal but also muster fewer and fewer shots on the opponents’ goal as well. It seems like the balance in favour of one has halted the progress of the other. There is a clear issue in chance creation and this is in large part to the midfield that Arteta has inherited.

But no matter the improvements Arteta has made to the team, the bottom line is that he needs results to not only lift the mood the squad but also the fans who are slowly entering a state of boredom, tedium, listlessness and lethargy