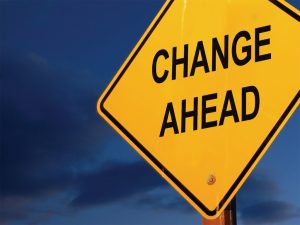 The coronavirus has brought normal life to a standstill and football is not a priority at the moment. Rightly so. Things may be bad, but we’re surely going to get through this pandemic and football will return at some point in some shape and form.

Currently, even transfer rumours aren’t getting the headlines. The effects of the virus on the football calendar and on the employees at football clubs are in the news.

Not all clubs are coming out of this looking good. Liverpool, for example, were forced into a U-turn over their staff being put on furlough. Spurs, to their eternal shame, are sticking to their decision. There’s been some talk of advancing payments to the lower leagues, of players being pressured into a 30% wage cut while increasing their media commitments, of extending the season indefinitely and playing behind closed doors. No one knows for sure what will happen, and when.

But looking further beyond, I think the world, including the football world, will be changed by this. Certainly the finances around football will change for a few years. Guillem Balague suggested that clubs will look for more trade deals with friendly clubs rather than pay transfer fees. Those with cash in hand may be able to get more for their buck. If enough clubs are in danger, we might even see the advent of caps on transfer fees and wages.

If you haven’t seen it, ‘The English Game’ on Netflix is a show I’d recommend. It’ll give you some of the football fix you’ve been missing. It will also show that the game is always moving on and changing, regardless of how the self styled custodians of the game feel about it.

It’s a bit strange that it is now the fans rather than the rich elite who feel they need to hold on to status quo and not let the game drift further away from them.

Despite that, there are several changes that have been made or proposed. Last year international football saw the advent of the Nations league. The Club World Cup is set to be expanded to 24 teams. Now there’s a proposal to add a 3rd tier European competition to the football calendar.

Changes to the champion’s league

Most controversially of all, there is a proposal to restructure the Champions League, turning it into almost a closed league for the big clubs.

While the Champions League’s main competition will continue to be the 32-team event it is today, UEFA envisages substantial changes to its format to ensure a longer group stage in which teams would play in four groups of eight, with the top four teams qualifying for the knockout stages.

The new tournaments would, starting in 2024, allow the top 24 teams in a 32-team Champions League to qualify automatically for the next season’s event, effectively guaranteeing them annual participation and tens of millions of dollars more in broadcasting revenue than their domestic rivals would receive.

Champions from lower-profile leagues like those in the Netherlands, Belgium, Portugal and most of Eastern Europe, as well as elite-league clubs outside the top four or five spots in their domestic competitions, would be relegated to a 32-team second-tier competition and to a third division with 64 teams. Teams would be eligible to be promoted and relegated among the three divisions, but the financial resources available to those at the top could create a competitive advantage that might secure their places in the Champions League for the foreseeable future. Only four of the 32 places would be reserved for incoming clubs each season. This is according to the New York Times

The main concerns around this change are of course to do with money, as well as with the spirit of competition. The 3rd tier competition and 4-8 open promotion spots in the CL might soften the blow for clubs that find themselves out of the elite status. But the domestic leagues will fear becoming irrelevant.

My contention is a Super League is inevitable. It’s been in the works for decades. Even Arsene Wenger said it will happen at some point, and I trust his judgment on such matters. He’s generally been ahead of the game. So everything beyond this point is based on accepting it as a given.

A chance for negotiations?

What this disruption might provide, is a chance for negotiations. Firstly, because the game is on hold right now and every club/league/federation has to be considering the future, with all options open. Secondly, there is undoubtedly going to be a need for funds for football clubs. Thirdly, fans too might be open to changes, more than they’d have been otherwise, if they can be convinced this is a necessary and progressive step.

A revamped CL with more matches between top clubs, along with some intriguing and new matchups in the lower European tiers, would likely generate big money. With the leagues in financial trouble, they might be more willing to take some of that cash in return for their stamps of approval.

At the same time, the domestic leagues ought to receive certain concessions too. This can work to the benefit of everyone if done right. For instance, the proposal to give weekend slots to the CL and the leagues to be shifted to midweek, should be softened, if not completely rejected. This would depend, of course, on the money the new CL is able to provide to the domestic leagues. Can it be enough to make up for the loss in TV revenue? I doubt it, as the midweek CL matches should be able to generate big money anyway. Let the domestic leagues play over the weekend. It also avoids messing with the fans’ routines, and keeps the league relevant.

This change may also give the PL and other domestic leagues a chance at their infamous Game 39 proposal, through the creation of a playoff structure to decide the final placings for European qualification, and/or playing a League Champions vs CL team one-off games. Even the Community Shield can be turned into a 4 team tournament with the League and FA Cup winners as per usual, along with League Cup winners and the highest placed CL team. Basically. there’s more money to be had.

Which brings us to a change I’d like to propose. The big clubs tend to dominate their domestic leagues. Any ‘permanent’ CL place with greater revenues would only exacerbate that problem. Everyone loves an underdog rising to win the league. To prevent a further monopolization by the top clubs, and allow every fan to dream it might be them one day, I’d propose changes to squad limits. Clubs at the top should be able to field fewer over 23 players than the rest.

I see a few advantages from this.

The risk of course, is that the league loses its significance to a new fangled franchise league model. This has actually happened in India with respect to cricket and so it is not a concern I take lightly. I’d like to think the history of the leagues will ensure its prestige, and the quality of the football will be high enough to keep interest high. English football saw the European Cup change to the Champions League format and it only helped the Premier League to thrive. We could see a repeat of that.

Of course, the players are important. If all the top players simply do not play in the league, it will affect them. To address this maybe the top 1 or 2 players at a club can be tagged ‘franchise players’ and can play up to 10 games, say, for the club even without registration in the leagues.

In the final analysis, the clubs and leagues will have to decide what they feel is viable and come to a compromise. Despite all the misgivings, most of these changes were already happening before. There is indeed much to be feared. We may never get completely back to normal. But equally, if we look ahead and plan properly, there is much to gain as well. Thoughts anyone?