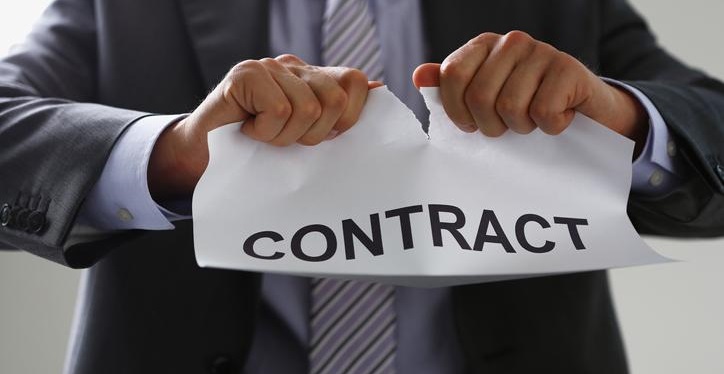 Usually we football fans can ignore what is going on in our societies, especially in politics and economics, and pretend it doesn’t affect our sport. Not so with this COVID-19 pandemic. No football is being played anywhere because of the risk of spreading the virus. Even a casual five-a-side between friends is a violation of the law and regulations in most countries as authorities demand social distancing.

It is a massive “clusterfuck” at several levels and nowhere is that more apparent than in the English Premier League. As I demonstrated in a previous blog, like many western governments, for weeks between January and February the football authorities ignored warnings by the World Health Organization as well as crystal clear evidence from China about the fatal dangers of COVID-19. For example, the entire city of Wuhan was put under a lockdown on January 23nd but the EPL and many other leagues pretended it was business as usual. It was only in early March did the Premier League suspend the competition while leaving the impression there could be a relatively quick resumption.

Infections and deaths surging in the UK

But as the legendary heavyweight boxing champion Joe Louis famously said of an opponent “You can run but you can’t hide.” As of Saturday, 4th April, the United Kingdom is the 8th highest country in the world in number of infections with 41,903 cases and 5th highest in deaths at 4,313.

Now the Premier League authorities have been forced to admit that resumption of the season is in doubt, contrary to their position mid March when they advised of a planned restart by the end of April. In their latest meeting of Premier League Shareholders on 3rd April, a public statement was issued stating the bleeding obvious:

“It was acknowledged that the Premier League will not resume at the beginning of May – and that the 2019/20 season will only return when it is safe and appropriate to do so.

The restart date is under constant review with all stakeholders, as the impact of the COVID-19 pandemic develops and we work together through this very challenging time.”

It is very obvious that once the “shareholders” officially agreed that the season is basically lost, they also launched a campaign against the players to require them to pay for the financial losses the clubs will suffer. Their statement makes it clear:

“In the face of substantial and continuing losses for the 2019/20 season since the suspension of matches began, and to protect employment throughout the professional game, Premier League clubs unanimously agreed to consult their players regarding a combination of conditional reductions and deferrals amounting to 30 per cent of total annual remuneration.”

In fact that campaign was launched in the lower leagues weeks ago, long before any official statement from the billionaire/millionaire shareholders who own the Premier League. For example during the week of March 22nd were the following reports:

Even politicians have gotten into the act. Most infamous was UK Health Secretary Matt Hancock, in a remark to the press on 2nd April:

“Given the sacrifices that many people are making including some of my colleagues in the NHS (National Health Service) who have made the ultimate sacrifice of going into work and have caught the disease and have sadly died, I think the first thing that Premier League footballers can do is make a contribution, take a pay cut and play their part,”

Hancock has the dubious privilege of having well known ex and current English pros uniformly repudiate him for taking a “cheap shot” at the UK’s footballers. Those going public include Gary Neville, Wayne Rooney, Jonathan Walters and Andros Townsend. 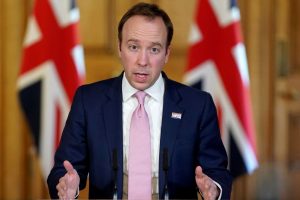 Why should the players unilaterally break their contracts?

Like any sane, rational, self-interested group of individuals some professional footballers recognized they were being pressured by clubs to act contrary to their rights as stipulated in their contracts. Not surprisingly their union, the Professional Footballers Association (PFA), was called into action. On 26th March they issued a statement which emphasized the following:

“We are aware of the public sentiment that the players should pay non-playing staff’s salaries. However, our current position is that – as businesses – if clubs can afford to pay their players and staff, they should”

Damn right, in my opinion. In my part of the world, there is no expectation that an employer engaged in a very profitable operation which will benefit from the federal government’s trillion-dollar fiscal and monetary policies will lay off employees or have their salaries reduced because of a temporary reduction in business caused by the coronavirus pandemic? Why is the EPL, which justifiably brags it is the richest league in the world, any different from some of the biggest employers worldwide? Don’t they have reserves from those billions they have earned in tv money?

I was very struck by the following information from the PFA statement, which hardly anyone in the media has emphasized:

“At this point, our attention was mainly focused on EFL players – particularly League One and League Two – as their need was most urgent.

“Here, a significant number of players are employed on a relatively short-term basis, with 12-month contracts and salaries closer to the national average.

“As such, many of these players will have contracts ending in June. These are often people with young families, for whom their immediate financial position is uncertain.

“As the month progressed, we saw first-hand correspondence from multiple EFL clubs telling players that they needed to immediately sign paperwork in order to receive March’s salary.

“In several instances, this was sent the day before the squads were due to be paid. Players were being asked to agree to a range of terms including furloughs, deferrals and, in some cases, pay cuts.

“For some, this constituted a legal change to their contract that would have standing beyond the resumption of football.

“As the players’ union, we have a duty of care to our members and advised that players should not sign any contractual amendments, particularly when being put under significant pressure, without being fully informed.

The media and politicians like the Secretary of Health want to conflate the cream of the crop with the vast majority of professional footballers who are trying to maximize their income during a short playing career marked by tenuous short-term contracts.

It is often said laws were made to protect the innocent, not the guilty. In this context, we can extend this to say the laws are for the protection of the needy, not the greedy.

If Premier League clubs, which in the vast majority of cases are owned by billionaires, are able to unilaterally rip up the contracts of their elite players, then wouldn’t every employer in the UK and throughout the English Commonwealth (India, Pakistan, Nigeria, Ghana, Canada, Australia, New Zealand, Jamaica, Trinidad & Tobago, etc) cite precedent and abrogate their employment contracts with us plebs? Even we residing under the American flag wouldn’t be exempt given the close political and cultural relations between the US and the UK.

This attempt to abrogate legal contracts reminds me of a very popular proverb from my native Jamaica; “the same knife that stick sheep will stick goat.” Clearly I cannot support employers such as Premier League using the pandemic as an excuse to abrogate employee rights and the sanctity of contracts. Some things are more important than a football club being up against the wall because they were badly mismanaged and made no preparations for a rainy day.

Dear reader, where do you stand on this matter? Your comments are welcome.