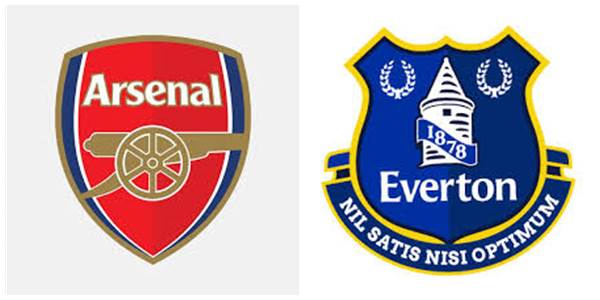 #ARSEVE: 2 wins from 2 games following the mini break in Dubai. Both posed a different sort of challenge. The second half against Newcastle was brilliant stuff. The away goal at Olympiakos was much more hard fought. But both were good performances in their own way.

This will need to continue against Everton. A team who have put their own early season struggles behind them under a new manager. While Arsenal opted for the younger, upcoming coach, Everton went the opposite route. Carlo Ancelotti is one of the all time greats of the game. He may not be at the top any more but he’s proving at Everton he’s far from finished. His team comes into this in better form than us, and are higher up in the table.

It’s sort of strange, but looking at Everton is like looking at Arsenal in a parallel universe. Recently, someone on Twitter mentioned that if English teams weren’t banned from Europe in the 80s, Everton might have won the European Cup, and their growth trajectory might have been similar to what Arsenal’s was after Wenger’s arrival. Personally, I almost picked Everton as my club instead of Arsenal. Thankfully, I made the right decision. Arsenal, in my opinion, also made the right decision in not letting Moshiri and Usmanov’s red and white take over the club. Moshiri, of course owns Everton now.

This Toffee is not enjoyable

I’ve never enjoyed games against Everton in recent years. Even when we win, it seems like a real struggle and I always worry something will go wrong. And there is plenty potential for things to go wrong.

Even though they haven’t been scoring many goals, Calvert-Lewin and Richarlison give them some firepower up front. Theo Walcott is an injury doubt but much maligned as he is by some sections of Arsenal fans, we know he can score goals. Alex Iwobi is another Arsenal boy, and you can bet they’ll both be fired up playing at the Emirates again. Gylfi Siggurdsson’s free kick ability means we need to be wary of giving away cheap free kicks in our own third. The referee is Stuart Attwell.

Everton’s leading passers are in the defense. Yerry Mina from Barcelona, as well as Lucas Digne. The third highest passer is their goalkeeper, Pickford. But as a team, they are 13th in the league in passes. We need to be careful of their speed on the counter – they’ve created more shots in the league than us- but I’d expect Arsenal to press them high and disrupt their build up from the back.

Arsenal have Ozil and Torreira both available for selection again. Doubts still remain over Bellerin, and Sokratis, who picked up an issue in the game in Greece. Tierney and Cedric are both still out, as is of course Chambers. Might this be a good time to start Pablo Mari next to David Luiz, or is Mustafi, whom the coach has been full of praise for, going to start? I’m keen to see what Mari brings, so I’m going to predict a debut for him. (I’ll be right one of these times)

The win against Newcastle finally gave us a positive goal difference. In that regard we’re better than Everton. However, we’re still on 34 points, while Everton are on 36. A good chance to overtake them (and Burnley!) and get closer to Spurs, who are on 40 points. Thanks to Arteta, we can start looking up the table again, but we still need to be cliched and take it one game at a time. Which Mikel himself has been keen to stress.

As I said, stress, is something I associate with Everton games. I’m going with a tense 2-1 win, as long as referees don’t Tottenham on the game, as they did again yesterday.