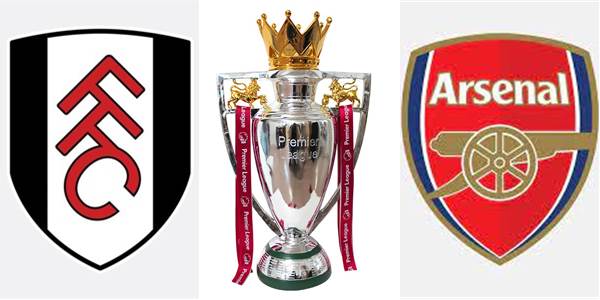 #FULARS is the season kickoff

Here we go again. Two weeks after winning the Super Cup-Community Shield against the Champions of England, we are back to the main event. 38 matchdays of drama, excitement, passion, and emotion. Shhh. Don’t fight it. It’s the greatest league in the world and this is how you’re meant to consume it.

I mock it, but the truth is I’m excited about the start of the season. So much has changed at Arsenal since last time around. Unai Emery is long gone (pray for Villareal), Arsenal got rid of the Croaking Catalan, and we’ve extended our record of FA Cup wins to 14. Good times.

Let’s look at where we are. Top of the league at the start as always!

But we finished 8th after a topsy turvy, disjointed campaign. 43 points behind top spot, 10 points gap to the top 4, and 3 points behind Spurs in 6th. That’s quite a lot of ground to make up. Even if we figure no team will run away with the title like Liverpool did last season, it will probably make the top 4 race a lot tougher. Not only do we have Chelsea spending like it’s the end of the world (they might be on to something), we also have Everton who have made some eye catching signings. The tendency is to overlook them, but I still respect Ancelotti. Add Wolves, Leicester, and maybe even Sheffield United and it could prove to be a league of small margins.

The short turnaround time might even exacerbate this as fatigue catches up to the teams who have played/will play more games last season and this, especially with a return to 3 substitutions. This is why I feel one of the keys to this season will be having a big squad and managing rotation.

I feel Arsenal are quite well placed in this regard. If the likes of Elneny and Ozil are brought back in, and 2-3 more youngsters can make a step up, we should have enough numbers for the ~ 60 games we will (hopefully) play this season. Especially as we can expect some of the younger players in the first team squad to have more of an impact.

But what of quality? We’ve added William Saliba and Gabriel Magalhaes in defense. Both of whom are young and represent the future, but also very much the present. They are big in size, tackle well, and have good quality on the ball. Of course there will be a steep learning curve, and the experience of the other CBs will be crucial. But it does seem like a settled backline is emerging now after a lot of upheaval.

Adding Willian will also help us in attack. Ball carrying and creating chances were two weaknesses last season. Even if Mesut is involved again, it can only help to have more creative options. Willian’s versatility will also give us more options for rotation. Pepe in his second season could be a revelation too. I like our attack.

A rumoured 20m figure for Martinez might tempt Arsenal to sell. I hope we don’t. We don’t need to add more flux to this situation right now, especially as it means getting weaker in the position.

I can’t fathom how we can entertain the possibility of selling Bellerin. It’s great that we kept AMN, but I feel like Hector’s going to be better than ever after having had time to recover from his injury. Selling him, even for big money, feels like a step backwards. I feel similarly about Lacazette, but given his age, and possible options, I would find it easier to stomach.

The biggest uncertainty pertains to our weakest area of the pitch. Guendouzi and Torreira are both supposedly for sale. Will Ozil be involved this season? Does Elneny stay? Are we willing/able to bring in rumored targets like Thomas Partey and Hossem Aouar. I also wonder if the likes of ESR, and any of the newly brought in U23 players, will be involved.

It’s not as much of a doubt, but the most important piece of business we need is to get Auba’s contract signed. He’s been a good captain (to my surprise) and a great goalscorer, and we need to hold on to him.

Something else to watch out for is how the Coronavirus situation unfolds. ManCity had two players test positive because international travel was deemed necessary barely a couple of weeks after Uefa held the curtailed CL/EL tournaments. Currently games are just being postponed, but it could get worse again. There’s also talk of letting some fans back into the stadium. Will that have any effect on players’ performance?

And so onto Matchday 1 in the PL. Poor Mikel Arteta. He joined us in the middle of a crisis, AFTER an international break, he’s battled the Coronavirus, and now didn’t even get a proper pre-season. Still, he has that get-up-and-go attitude that seems to have served him and Arsenal well. And opening day of the PL is definitely get up and go time.

We travel to one of the prettiest stadiums in England, Craven Cottage, to kick off the PL season. A few days after our Wembley outing, Fulham had their own Wembley moment when they beat Brentford to win the play off final, and get back to the PL after just a season out.

Fulham weren’t prolific scorers in the Championship but they can still pose a threat. Most of their goals came from moving the ball quickly upfield, and crossing it into the box where Mitrovic is a good goal poacher in addition to being strong and tall. Arsenal need to watch for the ball over the top and cut out the crosses. We also need to prevent Cairney from getting a clear look at goal, as his left foot can be lethal even from long range. Cavaleiro cutting in from the left, supported by Joe Bryan could prove another threat. New Arsenal set piece coach will also be determined to make sure we can avoid conceding from corners, let alone from a long range free kick like Brentford, his then employer, embarrassingly conceded at Wembley. (The goalkeeper diving late and ending up behind the net is one of the funniest things I’ve seen.)

Arsenal can probably expect to boss possession, but will have to break down their defense. They conceded 48 goals in the 46 matches in the Championship, which is pretty good, but not great. They’ve added PSG Goalkeeper Alphonse Areola on loan. Midfield additions (Lemina and Reid from Southampton) and returnees (Seri and Anguissa) will also help and they’ll likely look to close down the centre and force Arsenal wide. Pepe’s dribbling and Willian/Ozil’s creativity will be important, and Lacazette dropping deeper could also help pull them out of shape.

Of course who knows if a certain “he” will even play.

Much as we need additions, Arteta’s got a lot of different options, despite the injuries, the latest of which is David Luiz (reported neck injury). Will he give Saliba his debut or will Sokratis be brought back in to deal with Mitrovic? Will it be Gabriel or Tierney as LCB? Will it even be a 343? Will Auba play wide or up top? Who will start in goal? Do Ozil, Guendouzi and Torreira feature?

No idea. But that’s part of the fun of a new season. Everything’s a mystery. I hope we play well and with intensity. If we do, we ought to win this game comfortably. On the Arsenal scale of things anyway. Here’s to 3 points and starting the season in style!