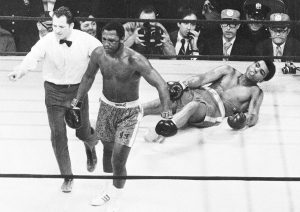 The champion is on the canvas, defeated. Will history repeat itself?

North London Derby has the power to make or break a season, a player and a manager. On Sunday, it probably impacted all 3 at once. But unfortunately in none of the categories did Arsenal come out on top.

Arteta conquered this fixture as a captain before and now had a chance to do so as a manager but it’s fair to say, just like his predecessors, he too found it tough against a manager who has made Arsenal his favourite hunt.

Mourinho has never lost a home-game against Arsenal and on Sunday he continued that tradition. Showing his experience, he set up a team that marginalised our threat, soaked up the pressure when Gunners had the upper hand and strike when we were at our weakest.

You would think that the Gunners would have a better advantage going into the last 15 minutes of the game at 1-1 considering we had 48 hours extra to prepare. But for some reason, it did not transpire that way. Spurs battered us in the later quarter and Kane must be considering how he did not score.

But all was not that gloomy for Arsenal. After a promising start, Arsenal were able to take the lead through the thumping top corner strike from Lacazette; arguably one of the best NLD goals of modern era.

But instead of building on their advantage and superiority in midfield, the Gunners saw it blow up in their own face. Kolasinac misplaced a simple pass to Luiz for Son to latch on to it and tap home a simple finish to bring Spurs level. Once again, Arsenal’s back 3 showed the reason why they are languishing in 9th spot.

The goal was a shock and it took a while before the Gunners recovered from it. But in time they did. They were soon able to again dominate the midfield and create chances but hardly any was clear enough to really trouble Spurs.

On the other hand, Spurs perhaps got better openings and had it not been for Martinez’s agility in goal, they might have found a way ahead.

Second half was almost the same as the first. Arsenal dominated midfield dictating the tempo but without much creativity and precision of pass. But even then, one would argue Aubameyang could and should have won the game for Arsenal. First, he could only blast his shot against the crossbar when played in clear by Lacazette. Then, another curling effort was brilliantly denied by Lloris.

How Spurs got on top

While both managers tried to impact the game through substitutions it’s fair to say Spurs got out on top in that regard. They were able to completely shift the tempo of the game and found weaknesses in the Arsenal defence as Harry Kane got the better of Mustafi on multiple occasions and was only denied by the impressive Martinez.

Arsenal were eventually undone through a set piece as Alderwiereld rose above Tierney to slot home the winner.

The Gunners under Arteta have now lost 15 points this season from winning positions. To put that in perspective, the Spaniard has only been in charge since December.

The optimism Gunners had is gone as we are surely now out of any kind of European talk for next season and with fixtures like Liverpool to come, it’s hard to see us improve on our current position as well.

Arteta had the chance to make a mark but, once again, he has been found lacking and his tactics limited when pushed against the wall. His substitutions in case of a close game came into question as it did against Brighton. He lost the control of the game rather than gaining any kind of advantage and this is part of the reason why we have lost so many points from winning positions already.

With those 15 points, Arsenal might have been sitting pretty at 3rd by now.

In terms of player, Kolasinac came out worst and questions must be asked of his long term role at the club.

As far as the season is concerned, this game was perfect reflection of it. Spurs on top and Arsenal looking up rather than down the table. The more sooner this season comes to an end the better.