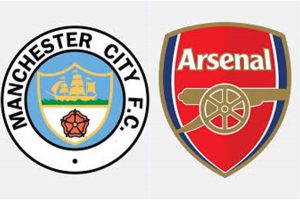 It feels like a long time has passed since we played our last game, and probably because a lot has happened in the meantime. Arsenal signed Thomas in a deadline day “Partey”. Arsene Wenger launched his book and has done a series of interviews. God’s child Saka made his international debut. Oh, and a host of players across Europe tested positive for the corona virus while filling their Federations’ coffers.

Even those who are seemingly free of the virus have been caught in the net as the Scots have put Tierney in Tesco Bag isolation. But on the other hand, our opponents ManCity are reported to be missing De Bruyne and Gabriel Jesus. However, Aguero may be back. If he plays, it would represent a challenge for our defenders. His movement is great and he has a nose for the goal. Even with some players missing, City’s squad remains formidable.

Arteta said he was hoping Tierney would be available, but really most eyes will be on whether the new signing will start. I have to say, personally, I am quite excited about Partey. He’s the midfielder I wanted us to get since rumours started last season, but didn’t think we could. Interestingly ,Arteta mentioned a better offensive output in relation to how Thomas will help us. That most likely implies a shift to a 4231 or 433. I think the Xhaka-Partey partnership will be great. Play them with either a 10 or an 8 and we will have a good mix of defensive stability, long passing and creativity.

Mesut Ozil was left out of the Europa League squad and I don’t care what anyone says, this is clearly not just about the football. Wenger had some words of wisdom on Ozil, and on Arsenal values in general, and Arteta mentioned the values he would like to bring to the club too. I doubt something changes at this point, but if Wenger says Ozil can fight to change the way things are, then who am I to argue?

4th vs 14th in the league table

The PL table makes for very strange reading at this point of time. We are 4th while ManCity are 14th with just 4 points from their 3 games. Meanwhile Everton sit at the top of the table. They have played some good football and early though it is, they are there on merit.

Side note: Back when I was picking which team to support, I very nearly went for Everton. I’m glad I didn’t, but it is one of the few clubs that hasn’t given me much reason, Duncan Ferguson aside, to dislike them. I know they had Wayne Rooney, but they also gave us Arteta. Hope they whip Liverpool on Saturday.

It may not have been the league, but recently, we’ve managed to beat ManCity when it really counted. Hopefully those results combined with our good start to the season will give us the confidence to play like we believe we can win. While their squad is top class, I believe the gap has narrowed a little. Pep and ManCity will be very determined to display their superiority, but we have the quality to live with them, and we’re growing rapidly as a team. My prediction of a top 4 finish this year and to go for the title next, invites a lot less ridicule currently. But Arsenal need to keep it going. Hopefully new signings, new formations, and maybe some new common ground can help us play not only winning football, but a winning style of football.

The latter might be too much to ask for against our next opponents, but sometime soon, we should expect that the gang will all get together, the passes and goals will flow, and the Partey will be well and truly on.