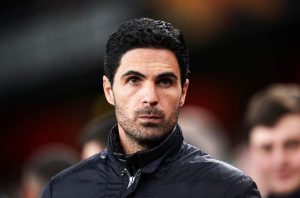 Arteta: How much longer?

In football, as in war, final defeat never comes from the loss of a single battle. It is an accumulation of of losses or failure to win key battles that signals the end of a manager.

Take Arsene Wenger for example, while his consistency in keeping Arsenal in the top-4 will never be matched,  there is no doubt in my mind that most Arsenal fans lost confidence in him because the club consistently lost the battle for the title in his last 13 years. Falling out of the top-4 in his last two years may have been the final blow but it was the cumulative effect of these annual losses that enabled the malcontents to successfully convince a majority of fans it was time for Wenger-Out.

Similarly, in my opinion, Unai Emery’s fate was sealed after that very heavy defeat suffered by Arsenal at the hands of Chelsea in the Europa League finals in Baku in May of 2019. I recall then how it dramatically undermined faith in him by many Arsenal fans. Not even a streak 22 undefeated games could save him when Arsenal was being outshot by the likes of Aston Villa and Watford, the worst teams in the League at the time. Losing 1-0 to Sheffield United would normally be a loss to shrug off but that was the punch that sealed his fate. The damage had been done much earlier.

Mikel Arteta was supposed to be the antithesis of Unai Emery. On his appointment one year ago last December he said all the right things:

After a year of insipid Emeryball, marked by frequently excluding Ramsey and Ozil from the team, de-emphasizing clever possession and relying on long balls and crosses; most Arsenal fans greeted Arteta as a Savior who would implement the technical brilliance learnt from his mentors, Pep and Wenger, with an added bit of steel.

The reality is Arteta has been rarely of the things he promised. Take yesterday’s defeat to Wolves for example.  In their match report, whoscored.com provides a map of Attack Sides reprinted below:

It shows Arteta’s set-up is very reminiscent of peak Emery. The center of the park was literally surrendered to the opposition; a mere 19% of attacks coming through the middle. In comparison virtually 50% of attacks were down the left side with Saka and Tierney tasked to fling hopeful crosses into the box. Back in the day, it was Kolasinac pumping them over in the general direction of Auba and/or Lacazette with little to show for it. The old saying “same herring, different barrel” comes to mind.

In contrast, Nuno Espiritu Santo and  Wolves were certainly more balanced in the origin and focus of their attacks, thus presenting far  greater defensive problems for the Gunners.

As for wanting the ball in the opposition’s territory, in a preliminary analysis I did of data from Orbinho.com earlier in the season, I found that Arsenal was, by far, the worse among the traditional top-6 clubs in simply circulating possession in our own half. (Don’t laugh, top-6 was my prediction.)

I doubt that stat has changed much. What has changed is we are currently in a downward spiral and while top-6 is not beyond us, something must radically change just as it did when Arteta took over from Emery.  Then we moved from mid-table and flirted with top-4. Who believes any such change is imminent?

As me and Blackburn George, the Arseblagger, have emphasized repeatedly in our podcasts, Arteta is not an attacking coach. He sets up the team to stop the other side from playing. It is not geared  to create multiple chances and to score, rather the primary goal is to nullify the opposition and to score on the break. Against Wolves it was plain to see how attacking is alien to Arsenal. In the second half, the midlands team simply decided to defend their one goal lead, inviting Arsenal to break them down while they would do the occasional counter-attacking.

As the data from the Premier league demonstrates despite all the possession, touches and passes Arsenal could only muster 2 Shots on Target.

There was a grand total of 13 shots by Arsenal this match, which must be a season record or close to, but needing to score goals on a team defending a lead they could only create 8 shots in the second half.

This poverty in creating shots is no accident. Ever since Wenger left the club, in what was arguably his worst year, the shots per game have fallen off by 44%, from 15.6 to 8.8. Yet we still have fans blaming the “old man” for the current state of the club.

Meanwhile, in act of galactic arrogance or stupidity, Arteta, either at the insistence of the owners or certainly with their full support, decided that he could succeed in the Premier League without his best player, the greatest #10 in modern football, 5-time German player of the year and World Cup winner. Unlike Emery, who confessed that he was pressured not to select Ozil, Arteta was foolish enough to not even register the german on either his Euroa or Premier League squads, denying himself of the option if push come to shove.

No amount of mainstream media pretending that binning Ozil was for “footballing reasons’ and Arsenal’s biggest bloggers and social media accounts keeping quiet, tacitly supporting the club, will ever cover up the fact that this was the greatest act of self-harm by a manager in top-flight football especially a young, new manager .

As I previously blogged, in the 10 games Arteta selected Ozil prior to the Covid break, we were a far better attacking team than after Project Restart when he dropped the German, mincing words and prevaricating to the media as to his reasons. The “FubolBible” says it best:

Mesut Özil has created 2.40 chances per 90 minutes under Arteta, the most of any Arsenal player in this period of time. The next closest player creates 0.89 chances p/90.

If you think Özil is sat at home because of footballing reasons then you’re simply deluded. pic.twitter.com/ojK31PmTy2

Now the chickens are coming home to roost. Finally a majority of Arsenal fans are waking up from weeks and months of denial about the damage to the club being inflicted by Artetaball. The anger, frustration and bottled up emotions is palpable and growing.  There is clearly fewer and fewer fans “trusting the process”. How much longer will Arteta last?