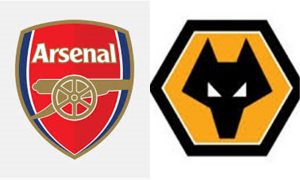 Apologies in advance for a rushed preview. I’ve been busy over the weekend.

Frankly, I feel better being busy than obsessing over Arsenal. Certainly not like I used to. Arteta has all the words, but has lost some credibility with how he’s gone about things.

I don’t know, he’s not Arsene and I don’t judge him for that. But he’s doing a poor job living up to the ideals I expect from an Arsenal manager. Whether that’s because of the ownership, the upper management (read: Kia) or himself, I don’t know. Let’s hope he can figure it out.

We start the day in 14th, against 10th placed Wolves. Not that position in the table is too important at the moment. The points difference is quite small.

But 13 points in 9 games, with a goal difference of -1 is not good by any standards. A few teams have played a game more than us, but as it stands, Arsenal are bottom of the league…dead last… in number of shots taken. 82. One less than Burnley. However the analysts or the manager justifies this, all I know is it translates to a horrible game to watch. Process etc, but every process needs to show where it is headed.

Maybe the midweek game provides a hint. But I firmly suspect that had more to do with the Hale End young guns doing what they know best. Maybe it was a healthy combination of the Wenger and Arteta systems, and provides something to build on. Maybe Arteta will figure it out. A lot of maybes with this team.

One thing for sure is that one of the stars of the EL game will not be playing because of the stupid red card he picked up in the game before. I expect the Salt Bae will be back, although he and David Luiz are being assessed for fitness.

Attack or sit back and hope to counter

Wolves are a good team although they too have been struggling for goals. They’ve outshot us but scored and conceded the same. Arsenal haven’t kept a clean sheet in 7 games at home, and the Wolves attack will look to attack us at speed and exploit any weakness and lack of confidence in our team. Traore will always be a challenge, and the rest of Jorge Mendes’ squad also play some good football. I hope we look to attack them rather than sit back and hope to counter.

These are our direct competitors at the moment. A 6 pointer. A few good results and we can look at the top 4. A few good performances and I’ll get back on board. At the moment I’m a disgruntled, reluctant spectator. But hoping to be convinced by Arteta.

Written by Shard aka ShardGooner