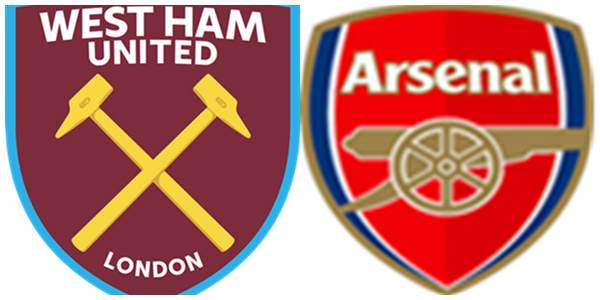 Mikel Arteta was brought in to English football nearly 2 decades ago by a young manager named David Moyes. He went on to become the 3rd longest serving manager at a PL club, behind the big 2 of Ferguson and Wenger. A great achievement, and he even got to follow in his fellow Scotsman’s footsteps. Sadly it fell off for him after that.

But somehow, with his second stint at West Ham, he’s found redemption. Taking over a team that was in danger of relegation last season, he’s now got them up into 5th place and really pushing for a Champions League spot. What a fantastic story and I almost don’t want it to end for him.

But end it we must if we’re to keep our own new found hope alive. Amazing what an NLD victory and a Europa progression combined with a hilarious Spurs exit can do. But as it stands we’re still 4 points behind them in the league; 7 behind West Ham. So don’t expect Arteta to go easy on his former mentor. Not that he’s the sentimental sort anyway.

Arsenal pass the ball a lot more than West Ham do, something we’ve improved on as the season has gone on, but we’re still low on chance creation. West Ham have taken almost exactly the same number of shots, missed almost the same number of big chances, for 5 goals more. And maybe that’s the difference. Just a little more efficiency and we could be pushing for the top 4 this season.

West Ham will be looking for their 4th PL home win in a row, something they last achieved around the time Moyes took over at Everton. Win and their top 4 prospects take a boost while St Totts takes a dunk in the Thames.

They have a defensive midfielder as their top scorer, which depending on how you look at it is either a problem for them, or a boost. Especially now that they’ve added Jesse Lingaard and he’s actually playing well. West Ham have the Redemption Juice. Either way, watch out for the late runs on crosses, and defend those set pieces. I hope we employ a pressing game and win the ball back early from them, and close down on crosses.

We’ve only got Bukayo Saka listed as a doubt, but apart from that we’ve got some attacking flair going with Odegaard impressive in the last few games. Auba missed the Spurs game for disciplinary reasons and will be looking to redeem himself. I wonder if we’ll see Martinelli start. Somehow it seems exactly the sort of high energy game that would suit him. Provided he’s fully fit of course. The club also made a fuss about a Nelson dribble in training, and I wonder if he’s back in favour as well. I guess we’ll see.

I feel confident in the quality of our squad, and even in our attackers. We’re still inconsistent in our play but we seem to be improving. So writing this I convince myself that we’re going to win. I am worried about the script fortune has written for Moyes this season though. Something about this game has me really worried. Hopefully that gets put on the ‘just nerves’ pile rather than proving to be a prediction.

It may not be as hostile as some others, but it is still a London Derby. Let’s go show them that it isn’t just North London that is red, and they’re bringing hammers to a gunfight.