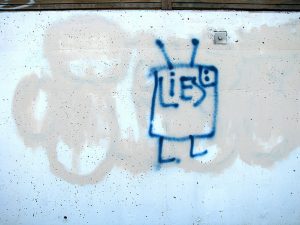 There is a so-called Swiss Ramble (SR) on Twitter, boasting of a globetrotting career in finance, who has achieved some notoriety lamenting the state of Arsenal’s finances.  Seven or so months ago he published a series of tweets that were particularly scathing of Stan Kroenke, lambasting him for not investing his personal money in Arsenal. This  prompted me to write an article for  The Cable expressing my disagreement with SR and his ilk who think Stan Kroenke is obliged to use his own money to make them feel good about the club they claim to support.

About two weeks ago SR was at it again. He published another thread of tweets claiming to analyze Arsenal’s finances. It was doom laden and played very well with the perpetually unhappy segment of the Arsenal fan base, with Mainstream Media and, of course, with our rivals from opposing clubs. They loved every word he posted.

In my opinion, it was another dishonest assessment of Arsenal’s finances and I called him out on Twitter. He didn’t refute any of the points I raised. Instead he chose to block me and many others who were equally critical. It perfectly illustrates what is so fraudulent about this self-styled globe-trotting financial guru.  In a world where it is common to have analysts publicly advocate diametrically opposing opinions about a set of financials, SR is proud to boast that he is “Mr Blocky”.  Is there anything more unprofessional?

Financial Analysis Is Not Binary

Many with a passing interest in finance might be tempted to think that financial analysis is a binary issue. For example, numbers are either up or down, good or bad. That is definitely not true and it is the reason why a business will announce positive results and Stock Market traders will mark the share price of that business down or vice versa. While financial ratios are quantitative and can either be up, down or flat; the analysis of those ratios is qualitative and the underlying issue can be interpreted in more ways than one.

To serve whatever agenda he has, SR is effectively putting a negative spin on the   “plain as daylight” numbers from Arsenal’s financial statement as of May 31, 2018. Those statements are a matter of public record and I have posted the links at the end of the article. By the way, SR’s analysis can be put together by an intern using freely available online tools like https://www.readyratios.com/features/

Below I provide an alternate interpretation to SR’s doom and gloom.

Arsenal made a profit before tax of £70.2m and a profit after tax of £56.5m. The club paid Her Majesty Government corporation tax of £13.6m on its profit.  Only a loser will see these figures and believe there is something wrong with it.

How can you compare Arsenal’s profits as a Champion League playing side with Arsenal in the Europa League? How can you compare Liverpool and Tottenham’s windfall from playing in the Champions League with Arsenal’s financial returns from the lesser European competition? These are the same people who were tired of the Wenger’s routine qualification for Champions League. They claimed it was boring and longed to be out of it for a few seasons. In Wenger’s last two years they got their wish and Arsenal failed to qualify but the financials now show inferior profits to our rivals. How dare SR and his ilk now complain about the consequences of their own stupidity?

Arsenal’s cash in the bank increased by £51m to £231m. There is no sane person who should see this as a sign of doom or gloom under any circumstances. Liverpool’s cash position for the same period was £10m. Tottenham Hotspur’s cash decreased by over £100m in the same period. Yet Swiss Ramble is busy trumpeting both clubs as having better finances than Arsenal. Feel free to review both Liverpool and Tottenham’s finances using the links at the end of the article.

Furthermore, if you are inclined to focus on the accounting net worth or value of Arsenal as measured by what is referred to as Shareholders’ funds, this increased by £56m from the previous year. If you are Mr. Kroenke will you be complaining about Arsenal’s finances the way SR is bleating about it?

When Kroenke first bought his shares in 2007, the club was worth between £512m (Usmanov price of £75m for 14.65%) and £650m (Kroenke price of £65m for 9.9% + 50% of Arsenal Broadband); now the club is worth £1.8b. No wonder Stan has coughed out £560m to buy out Alisher Usmanov. While SR thinks Arsenal is going down the pan, Kroenke is going-in all the way. There is a reason why Stan is the billionaire versus SR being on Twitter analyzing numbers.

SR’s negative opinion illustrates my point that very often in finance different analysts often have diametrically opposite interpretations of the same numbers. Stan, his advisers and bankers clearly didn’t rely on SR’s years of negative analysis  before deciding to spunk down half a billion pounds to become 100% of owner of the club.

SR has predicted a massive loss for Arsenal in the 2018/19 year.

In fact, given that there were no major player sales in 2018/19 (only Perez, Campbell and Akpom), it is highly likely that #AFC will report a large loss before tax for last season – the first time the club will have slipped into the red since 2002.

I am willing to donate £100 to his favorite charity if Arsenal posts anything close to a significant loss. In return I challenge him to donate £100 pounds to a charity of my choosing should he be wrong . Seeing as he is the expert, he should be willing to accept this challenge.

In flogging Arsenal’s £42m operating loss to death SR identified the negatives but failed to counterbalance them with the positives. He went all out about the club being unlikely to replicate the player sales from the 2017/18 year and the fact the club no longer had a big property portfolio. What he failed to tell his gullible readers was that the exceptional player sales in 2017/18 had a cost of £19m and the property sales also had a cost of £9m. If we do not have a big property portfolio to sell or loads of players to sell, we won’t have these huge costs of c£28m resulting in the operational loss. In addition, the club paid a one-off sum of £17m to the departing coaching staff. As we all know, no coaching staff was fired in 2018/19 so this figure will not recur. Also this season, we progressed to the final of the Europa League. By my calculation and looking at the additional payment Marseille earned from doing a similar thing last season, Arsenal will gain an extra £5m for getting to the final. All of a sudden, £42m operational loss is now £8m operational profit.

Despite the noise made about the inability of the club to replicate £120m of player sales in subsequent years, for Arsenal to progress financially it does not need similar levels of player trading. Those particular sales only served to increase overall profit after tax by £21m. With Europa League final appearance, that £21m gap has been partially plugged. Also the Visit Rwanda £10m per annum deal started in the 2018 /19 season. Other deals that have started in 2018/19 are Skol Brewery, Banque Du Caire, Zoom Video Communications, VBET, Aconis and upgraded the partnership with Konami.

#AFC commercial revenue has barely grown at all in the last 3 years, up by just £4m since 2015. In the same period, growth at the other Big Six clubs ranges from £38m to £79m. North London neighbours #THFC have more or less closed the gap to Arsenal.

Isn’t it amazing that Arsenal’s woeful commercial department have signed up these many deals in the space of 12 months. Yet SR claims the club is going backwards commercially.  This is the same commercial team who have negotiated a massive shirt deal with Adidas that is worth twice that of Spurs & almost 250% Liverpool’s current deal.

SR also came after the club on the issue of reduced growth in match day income over the years.

The move to the Emirates Stadium increased #AFC match day revenue to around £100m, but there has been little growth since then (good news, as no ticket price increases), while other clubs have been growing this revenue stream through stadium moves or expansion.

This means that #AFC still enjoy an advantage over their rivals in terms of match day revenue, but this has been steadily eroded, so the difference is now much smaller, especially #LFC £52m to £18m and #THFC £50m to £28m. New club seats will bring in an additional few million.

By my estimation, Arsenal played 38 Premier League matches and 28 other matches (cup competitions and friendlies) making a total of 66 matches. The £1m reduction works out at £15k per match. Why the reduction? Because Arsenal helped its fans watch League Cup competitions for £10, Europa for £15 and FA Cup for less than £20. Additionally they have capped Premier League away matches at £26 by giving Arsenal fans a £4 discount. If the club scrapped this discount, it will immediately make an additional £216k pa. If the club charged 50% more on League Cup tickets like one of its London rivals or charged 33% more for Europa League matches, we will not be talking about a reduction in match day earnings. This is despite the fact that 2017 / 18 was Arsenal’s worst season in recent times.  How can a rational person who claims to have had a globe-trotting finance career think that the club freezing ticket prices for its loyal fans is a bad thing?

In comparing AFC to other clubs, SR is comparing Arsenal match day income on a near static stadium capacity, with prices unchanged for a number of seasons, versus  clubs who have been dashed a near 100% increase in their capacity (Tottenham at Wembley), a club that has increased its capacity by almost 20% by adding a brand new stand (Liverpool) and a club who has started from a ridiculously low base (City). United has regressed, Chelsea are static and are significantly below Arsenal but guess what, your favorite globe-trotting blogger didn’t tell you that did he?

It is self evident that  Swiss Ramble, despite his claim to objectivity, is just like many mindless Arsenal fans of recent years; in pursuing their anti-Wenger agenda they are getting exactly what they wished for. He did not see consistent Top-4 qualification as a good thing and now, all of a sudden, can’t make the connection between a fairly unspectacular set of financial results and the failure to make Champions League over the past three years. He dumped on the club for his own gain and it’s boomeranged. Now he is trying to wriggle his way out of it by blaming Ivan, Stan, whoever is convenient, never taking responsibility for his own bias and faulty analysis.

He just provided us another example of how to lie with (financial) statistics while hiding from criticism using the block button on Twitter. But according to the old saying you can run but you can’t hide.

@babagrumpy is based in England and works in finance. Thinks he qualifies to be called a globetrotter having migrated from Nigeria to Europe and now analyzing financial statements.