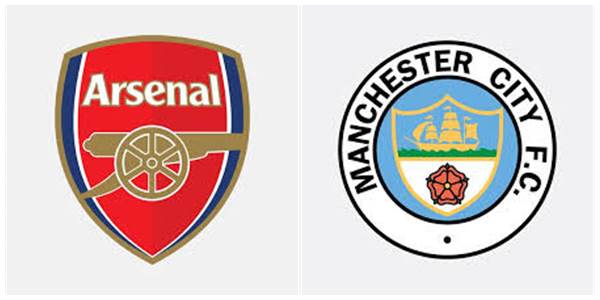 A come from behind draw in midweek was enough to send us to the EL Round of 32 as group winners. I’ve been too busy to check who our opponents could be, but with the teams dropping down from the CL, it could get quite interesting. Or tough if you prefer.

Though maybe not as much as our next opponents in the league. It seems going for a three-peat, especially after the tight race last season, is proving too much even for ManCity. They find themselves in 3rd place, on just 32 points after 16 games. It’s quite strange to look up and see them only 10 points ahead of us when Liverpool are a further 14 points ahead of them.

As a result there is a lot of talk of this being Guardiola’s final season at ManCity and further rumblings going on with even Pochettino mentioned as a candidate to take over. This also has some spillover here at Arsenal. Arteta is once again rumored to be in the fray to be appointed Arsenal Head Coach, with suggestions this will happen immediately after the City game. Freddie himself seems to suggest he will not be the interim coach for long, as he can’t do the job without a coaching team to support him. This, after we were told earlier that Freddie would be able to appoint staff. I guess Raul Sanllehi and the club doesn’t want to give Ljungberg a fair shot at this. It seems strange to not give him a chance but appoint another novice coach instead.

By the way, anyone who follows me knows I was always super excited about the prospect of Mikel Arteta. So it’s nothing against him. But my concerns over top management remain and this again feels like a betrayal of Arsenal’s values.

In the meantime of course, Freddie has to prepare us for a tough test. The results may not have been as one sided in their favor as we’re used to, but they are a top team and some of their performances have been great. Of course they remain the team with the most passes and touches of the ball. They’ve also scored the most goals and created the most shots. A combination of mental fatigue, physical fatigue and injuries, and some bad luck explains their current standing. They are still heavy favorites in this game.

However, even at their rampaging best, City always seemed to fear Arsenal as long as we played our traditional (Wengeresque) game. With Freddie at the helm and slowly bringing us towards a similar style, we can hope to get lucky and get something from the game. Both sides have defensive issues, so if the attacks start flowing we could even be in for a crazy high scoring game. I’d take a 5-4 over a 1-0 though, as I’m sure Freddie will be for that more than Emery ever was.

It will be important for us to get something from this game. Incredibly, we’re still only 7 points (and 7 goals) off the top 4. Entering a tough run of games now which could be make or break for our season. But after the horror and tedium of the last many months, I’d rather we forget the top 4 and just concentrate on getting the basics right. Defend well enough, try to control midfield (ball or space), and give the attackers some freedom to show their ability.

Team News: Injuries don’t make it any easier though. Thankfully Pepe seems to have recovered and can feature. But both first choice fullbacks are out, and the two most experienced midfielders in a depleted midfield are also not available. Rob Holding will also not feature.

My prediction is an entertaining 1-1 draw.