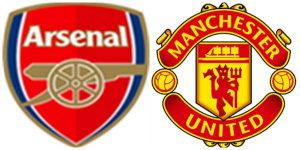 The premier fixture of the premier league. These battles are almost mythological and evoke such passion and memories. Can the current version live up to the glorious past and produce its own classic?

Last time around I ended by challenging Arsenal to show they were prepared to move into a new era. Something they did indeed do, for the most part. Keep up that focus and Arsenal could once again look to make this a top of the table occasion soon.

Our recent record against ManU is quite good. In fact Arteta could become only the 4th manager to win his first 3 PL matches against ManU. They, on the other hand, could have their longest run of unbeaten away games (18) if they avoid defeat.

After unexpectedly climbing to the top of the PL, their loss to Sheffield must’ve come as a depressingly familiar blow, especially as it allowed their City counterparts to go back on top of the PL table, with a game in hand, at that. How they respond will be the key for them. We must assume they will be as determined as any team in the history of this fixture.

Looking up the table

For our part, our good run of form has seen us climb up to 9th, although that is slightly misleading with the numbers of games played varying for teams. Still, 4 wins in 5 is nothing to turn your nose up at, and we can even start looking up to closing the gap to the top 4. It’s a crazy season with all the disruptions and who knows how things shake up.

But we’re still not performing at our best and that must be the goal at this stage. To make us a consistent attacking threat while maintaining the defensive solidity we have acquired. I’m not sure if Aubameyang will be back, nor if Tierney has recovered. Without them it makes our job tougher. But Saka and Cedric did a good job in their absence. A Xhaka and Partey midfield showed some promising signs. Even Pepe had a good game, and if the Southampton game is a sign of things to come, maybe I can fall in love with Arsenal again.

We’ve also added Martin Odegaard of course and I suspect he will start from the bench. But it will be intriguing to see what he offers to our creativity, specifically to be able to play through the opposition instead of around them. If he’s anywhere near as good as Ozil was, we’ll all be celebrating.

The soul of Howard Webb

Manchester United’s catalyst is Bruno Fernandes and he is their top scorer, while Howard Webb’s soul tops their assist chart. Sorry, not sorry.

But diving penalty VARce aside, Fernandes does provide an attacking threat along with the likes of Rashford, Cavani and Martial, who is back from injury. They’ve scored 37 goals in their 20 games, and conceded 27, so they aren’t exactly lighting up the league at either end.

I’m interested to see how we approach this game. Will we be cautious about their threat, or will we look to seize the initiative. If I had to guess, I’d say rather than sit deep, we’ll be looking to pressure them into making mistakes at the back and catch them on the counter. And if that proves successful enough then we will drop deeper. Almost Mourinho like, I just realized with a shudder.

But much like Arsenal, Arteta too is a work in progress. Maybe he could still discover his inner Arsene and see the game for the joy it’s supposed to bring to the supporters by how it is played, beyond simply the joy of winning. For the moment we don’t have the luxury of that choice and I’ll take just the latter. Just as long as there are signs, and not just words, promising better in the future.

Past, present or future, since the days of the giants, this fixture has meant the most to a lot of people. Let’s go out and make it count. Beat ManU.