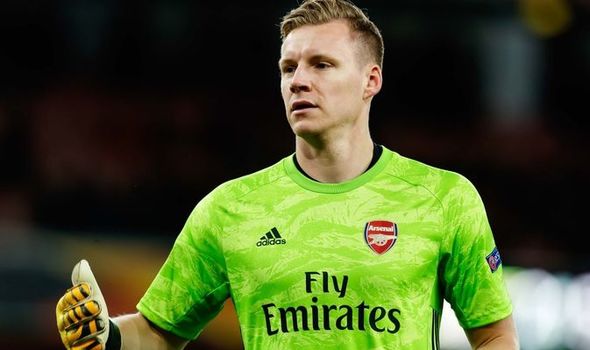 It was a much-anticipated game between Arsenal and Manchester United, thanks in large part to the recent resurgence in their league positions. United is being talked up as one of the potential league contenders while the Gunners have leapfrogged from a relegation battle to top half.

But what transpired on the night was anything but exciting, as both teams lingered for 90 minutes to play a scoreless draw at Emirates. This was the third scoreless draw that Arteta’s side has played this season and some might say we are halfway towards properly rebranding this club with these kind of performances.

It’s hard to really pinpoint who exactly came out of this game with a point gain or two points dropped. On paper Arsenal should do better at home. Or at least put out a performance worthy of a win.

On other hand, United needed to win this to keep their league title aspirations alive. Also, their record against big six this season is anything but remarkable and hence a performance worthy of signalling their intent for the league was needed but not found. Instead, they have now gone 1 win in 4 games which is concerning to say the least.

That they created by far the best opportunities of the night, it’s fair to say that Manchester United would feel it was a missed opportunity. Especially, Cavani who had two clear cut chances, both in second half, but failed to produce the finish with only the net at his mercy.

Things were not so gloomy for Arsenal as it may sound. Even though they came into this game after announcing their much-anticipated new Norwegian signing, they were heavily depleted with key players like Aubameyang, Saka and Tierney unavailable for selection. And in that regard, it’s fair to say that it was actually not a bad point for Gunners. On another day, they might have got lucky and win this game as well.

But statistically, it’s easy to say that The Red Devils had upper hand on the game throughout. They had better possession and outscored Gunners on xG by 1.66 to 0.82.

Once again, Bernd Leno was key player for Arsenal. He spectacularly produced a finger-tip save to deny Fred from scoring after he tried to curl one in from the edge of the box.

On other hand, Arsenal had their best chance of first half when Emile Smith Rowe released Pepe on the break but he could only drag his shot wide of the goal.

United had one or two more half chances but mostly the first half was played cautiously with both teams more focused on not losing the control rather than dictating their terms.

Second half was no different, even though Arsenal tried to switch things early by introducing Willian early in the half. But then came perhaps the moment of the match. United after working the ball on the left flank saw Shaw put in a perfect ball on plate for Cavani which he somehow dragged wide from 5 yards out.

In response Arsenal produced perhaps their best spell of the game. First Lacazette hit the woodwork with a free kick and then ESR saw his effort denied by a sharp save from De Gea. Later, Bellerin played Pepe in just like ESR did in first half. But just like the earlier chance, this too was dragged wide.

Then, with clock running out and Arsenal looking happy to get a point, Cavani got another chance to make amends for his earlier miss. Again this was dragged inches wide from literally 5 yards out. He really should have won this game for United but it wasn’t to be.

For Arsenal, their lack of goal scoring threat was once again on the show. The Gunners have now only scored 26 goals in 21 this season. Shocking numbers without a doubt (compared to recent history – Editor).

But at least the clean sheet record is good.

Concerning for United is they are dropping off like a fly after reaching the summit and with City hitting their peak, it’s fair to say right now they are more in a Top 4 battle than the league. Additionally, they can boast of having gone 18 games unbeaten away from home which is their longest run in the league.

Arsenal on the other hand, can brag they gone 6 consecutive game unbeaten against United, which is a league record.

Even-Steven at the end of the night. No doubt.