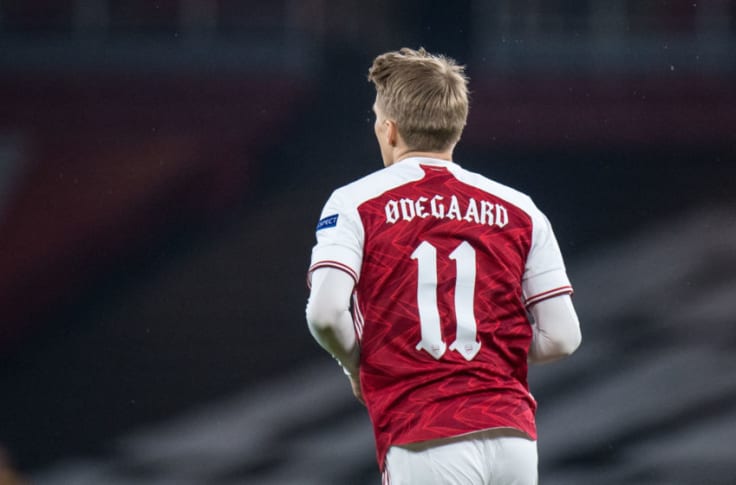 Heavily quoted rumors erupted on social media on Tuesday gone that Arsenal would finally sign one of its most sought after summer prospects Martin  Ødegaard. By the way, up now there is no confirmation by either club that any deal is imminent. As of the time of writing this blog, the usual suspects  in mainstream press as well as the ITKs on Twitter have been awfully quiet suggesting that the social media surrogates of Arsenal have been briefed to slow-walk the story or even to kill it. Who knows?

But I digress. News of a rumored signing fee of £30M had Twitter awash with congratulatory backslapping of the club for getting a good deal as Ødegaard was coming in much cheaper than the £100M Villa snaggled out of Man City for Grealish and the rumored £70 Million Leicester were reportedly asking for Madisson. To be honest, I remain baffled and incredulous with the the notion that £30 million is cheap for a player who had spent nearly five years at Madrid and failed to make the 1st team, despite their ageing midfield of Modric and Kroos. Moreover, after six months on loan he had failed to pull up any trees at Arsenal with 1 Goal and 2 Assists to his name after 14 appearances. I initially posted “ZERO” assists on Twitter because that was his stat very late into the season, something I had observed despite all the hullabaloo about how good he was.

The thing that struck me ever since we became associated with Ødegaard is how desperate several Gooners are for him to become a success at our club. Many of these people now argue that the club is in critical need for another Attacking Midfielder while a few months ago they were cheering the management for dispensing with the services of Mesut Ozil, one of the finest contemporary #10s in the world. Mikel Arteta was toasted and cheered when he said Ozil was dropped for “footballing reasons” and  many on social media, no doubt inspired by the club, seriously propagandized that a #10 was obsolete in Arteta’s system.

The irony is that Mesut Ozil, unlike Ødegaard, was a legend at Madrid before coming to Arsenal, his assists helping them to win titles in addition to being a 6-time German national player of the year. The question many fail to ask is why did we spend millions of pounds paying Ozil not to play when he could still execute an assist with his eyes closed but willing to whip out another 30 million in transfer fees, not counting wages, on Martin Ødegaard. From what I have seen the Norwegian struggles to see the spaces and angles despite his manifest ability to do the basics such as controlling and manipulating the ball. Oh yes, he is good at free-kicks too. Hooray!

To be honest most of those thoughts were brimming at the edges of my consciousness when I deliberately and provocatively posted the following tweet:

I didn’t have to include Wenger, but did so knowing full well how it would cause a reaction. So said, so done. At the time of writing this blog this tweet has had over 500K impressions and, by the way, I am a minor account on Twitter with less than 1,000 followers. To be honest there have been several tweeps who concur but the vitriol in many replies has been off the charts.

I suspect that the reference to Wenger, Ozil and Cazorla triggered many fans because it is obvious to anyone whose been associated with Arsenal during the tenure of the Frenchman this the type of deal Wenger would most likely decline. He would have calculated that Ødegaard is not up to Arsenal standards and despite the media and fans demanding he make a signing at all cost he would have kept Willock and said he is “like a new signing” and declared am sorry I didn’t make a £100M deal but my players are good enough to win the title. FFS this is the manager who signed only Petr Cech in 2015.

What most fans conveniently forget is Wenger would then spend £60M the following year on a real world class AM who Madrid, PSG or Barcelona cannot afford especially since especially the Spanish clubs are in grave financial difficulties and are trying to offload their most expensive assets.

In response to all Twitter experts advising me how it is inflation that has made £30M cheap compared to the £100M Oil City paid for Grealish or the £108M Metalurski Chelsea is paying for Lukaku I posted the following tweet.

The inflation experts on twitter say £30M for Odegaard is cheap compared to 2012 when we paid only £18M for prime Cazorla. So explain how in 2020 LFC only paid £25M for Thiago, 1st team Bayern & nat'l player for Spain. Something doesn't add up. #afc #coyg

Same subject, same hash tags. So far this has barely had 5k impressions on with 10 Retweets and 6 likes.  Back to reality innit?

Now we know that actual incontrovertible facts and data about player valuation really doesn’t matter. To the contrary in football today, so long as the media can paint a signing as “big”, “cheap”, “smart”, whatever, that will gain a club all the adulation and favorable attention it needs until it all goes tits up. After one week of hypocritical hand wringing and mourning that nobody saw this coming (a fantastic lie btw) the media moves on to another football circus together with the agents and leeches pocket who profited from the bleeding.