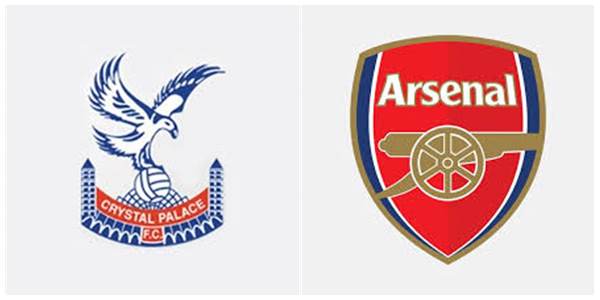 Of all the stories I’d thought there’d be of Arsenal’s season in mid January, facing a Crystal Palace side which is above us in the table is a surprise. What a crazy season it’s been. Crystal Palace initially found themselves parked near the relegation zone, but have now found somewhere near their true level. Maybe they’re even overperforming. In that, we can find some hope as well. A few wins and we could find ourselves rapidly climbing up the table too. As things stand, we are in 10th with 27 points, 9 behind Chelsea in 4th. With 17 games to go, it will be a huge task to catch them. Instead, we must concentrate on finding our form, and re-establishing our identity.

Mesut Ozil remains key to that. Arteta has come out backing Ozil in the face of continuous questions from the media about his role and future. This time around, it was Ozil coming out backing Arteta. If it’s been interpreted as a dig at Emery, it’s only the former ‘wallahi not a’ coach to blame. Ozil said the players are enjoying their jobs at the moment. That there is a clear structure which takes us back to the old Arsenal way of keeping possession and control on the game. He did all but call him Arsene Wenger’s true successor.

Mesut also pointed out how difficult a game Palace can be. Which is only sort of true. They are an awful attacking side on paper. They don’t pass the ball very much, have created the lowest amount of shots, and are 19th in the league in goals scored. But only 3 teams have conceded less goals than they have. Liverpool, Leicester, and Sheffield Utd. Which points to them being a well organised side. Expect us to dominate possession, but we’ll need to be wary on the counter.

As Arsenal are only too aware, Wilfried Zaha can cause problems. Even though he’s had a poor season after his Arsenal move didn’t happen, he still retains the ability to run at us, and likely, win a penalty. I kid, but the fact is Zaha has only scored 3 goals and notched up 2 assists this season. Which of course will mean he raises his game immensely just to show us what we missed out on when we opted to sign his international teammate instead.

Jordan Ayew is their top scorer with 5 and he suits the counter attacking game too. They even have a big man to throw on late on with Christian Benteke. The player many thought was better than Giroud.

I only bring Giroud up because there seems to be some hatred towards him from Arsenal fans. As rumor broke that he was on the verge of a move to Inter Milan, many started abusing him. Fans feel how they feel, there’s no arguing with them. But I just wanted to voice my appreciation for him, and I feel we’ve really missed having someone with his talents in the squad.

Some advice to the Gunners

Prevent the fast break. It’s a basketball terminology. Football commentators tend to label it ‘an end to end game’ instead. Even though it can be entertaining to watch, especially as a neutral, it probably drives coaches wild. It was a problem under Wenger, became much worse under Emery. Freddie pointed to it, and so has Arteta.

Transition defense. If we can retain some shape when we lose the ball, we should be able to nullify what is not a very good attack. It will also allow us to keep pressure on their defense, where I’m confident we have the talent to break them down. The referee, as usual, will be the joker in the pack.

Team News: Chambers is out long term. Tierney is still out with his shoulder injury, while Bellerin is listed as a doubt. Emile Smith-Rowe meanwhile has gone on loan to Herbert Chapman’s other club, Huddersfield.

We’re still a little shorthanded in defense, so we need to hope there are no more injuries in this game. Everywhere else, we seem to have some options again now that players are coming back from injury and finding match fitness.

Prediction: A tough, sometimes nervy, 2-0 away win for Arsenal.