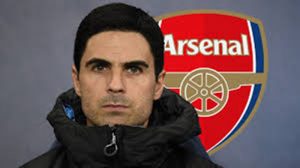 Please find a way to tamp down on the current overblown expectations among fans and the media. After four matches under your leadership almost every fan is beside themselves with excitement. The transformation in the way we play and the improvement displayed by the players after a mere three weeks of your coaching has convinced even the most rabid doubter that you were the right choice for the job. Almost everybody in the Arsenalsphere is now calling themselves a “positive” fan.  The manner in which the team defeated Manchester United, showing technical excellence when attacking as well as defensive resolve to hang onto a two-goal lead, is proof that you are the real deal. Now after weeks of despair prior to your arrival, fans now expect the team to make a run at the top-4 as well as become serious contenders for both the Europa and FA Cup. I don’t think they are being realistic.

Frankly Mikel, with the lack of depth in your squad and the rigors of the upcoming winter months, trying to succeed in all three competitions is a tall order. Every blogger and podcaster is raving about how since your first day, starting with that memorable press conference, you have demanded energy and passion from the players. People who have never come close to the dressing room, except perhaps for the stadium tour, are spreading tales of your explosive hairdryer, of your willingness to put a rocket up players assess, that is, every imaginable cliché celebrating the role of passion in the English game.

But as you know from your time at Manchester City and even more personally as a footballer at a far less endowed Arsenal, without a deep squad, once the inevitable injuries occur it will take a toll on performances.

The first half against Leeds on Monday was very telling. Once you left out three key players it took a toll on the quality of football. The lack of energy in the first half was quite worrying. Despite your pre-game instructions demanding the players take the Yorkshire team seriously, they all seemed leggy. Ozil, in particular, looked gassed and you had to sub him by the 75th minute marker. As in every game where Ozil was replaced , the quality of our midfield play deteriorated once he went to the bench. Even under interim coach, Freddie Lunjberg, it was exactly the same pattern. That is troubling as we might desperately need his unique skills late in games to get a result. The professional scouts from opposing teams, am sure, are even more aware of my observation and are now planning their tactics accordingly.

I am very concerned whether you will be supported by Josh and “Don Raul” with any quality signings during the winter window. To be fair, even if they have the means, it is an established fact they will find it very difficult prising a quality player from any club during the winter-window. In fact a recent disclosure by club mouthpiece, David Ornstein, suggests that no big signings are imminent. To the contrary up to 12 players may be sold or sent on loan.

Without any reinforcements I doubt you will be able to compete on all three fronts over the next five months. You and the club execs need to reduce expectations to more reasonable levels without losing the enthusiasm and positive vibes that now abound in the fanbase.

Passion and desire by fans can destroy managers

Finally Mikel, I will remind you of something said by one of your mentors, the great Arsene Wenger, on his 500th game, at a time when people were hailing him as a genius:

‘‘I find that not only an exaggeration, but also ridiculous. We have had successes, sure. But people’s passion for football is so deep-seated that when you do well, they go overboard in their praise. But, of course, there’s a flip side to that…. There is such a pressure in-built in English football that takes its toll on managers. They are the people who suffer. The passion and desire to do well from supporters to club chairmen means there is constant instability amongst managers, who lose their jobs when things go even slightly badly but are hailed as conquerors when things go well.”

It is very telling that 10 years later many of the same people, especially Arsenal fans, ignored his great consistency and successes, vilifying him as a failure simply because he failed to achieve top-4 in his last two season, even though in his final year we had the best ever home record in the history of the Premier League season.

Like Wenger, despite the temptation, it is best to resist the over-the-top praise that you are a genius and can work miracles. These same people will turn on you because you did not meet their unreasonable expectations. You need time to succeed and not fall flat prematurely under the weight of hype and hullabaloo.