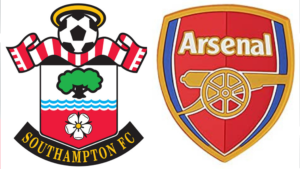 There’s a very weird stat going around about Arsenal only having created 1 big chance more than Burnley. The same Burnley that are in the relegation zone and have just fired Sean Dyche in a desperate bid to survive relegation. Arsenal’s manager survived despite relegation from Europe last season, but creating such few chances to score isn’t doing him or Arsenal any favours. Yet, bizarrely, he sticks to his assertion that it is the efficiency in scoring that is the problem rather than chance creation.

Which of course has led many an Arsenal fan to scapegoat Aubameyang, and now Lacazette, as the reason for our current woes. Though simultaneously our woes are downplayed. I don’t know why it’s all so weird.

Adding to the weirdness of it all is that Lacazette was out of training due to ‘personal reasons’. Arteta did hint that it’s possible he will be back for the match, but who knows if this isn’t another case of it being PERSONAL reasons. One can never tell with Arteta and his cultural revolution.

Even more bizarre has been the ongoing treatment of Nuno Tavares. He was signed with much fanfare. One for the future, yes, but also hyped up as being ready to play, adept at either fullback position, and his ability to contribute in attack. The scouting department came in for praise for spotting him. A few months on and he’s being subbed off after 35 and 45 mins and then benched in favour of our best and most consistent CM, who the manager insists has great stats at LB.

Southampton can press the ball

It all seems unnecessarily disruptive, but this is where we are as we go into the game against Hassenhutl’s Southampton side. A 3rd defeat in a row scarcely bears thinking about but also we must be wary because if there’s one thing Southampton do well, it is pressing the ball. They, like Palace, have caused Manchester City some problems, and since Imiteta is fully a Pep Juego de PoS regen, we should be worried.

Southampton are in horrid form if we’re honest. Only managing a draw against Leeds, while the other 4 of their last 5 have been defeats. Including heavy losses to Aston Villa, and most recently a 6-0 walloping by Chelsea. Of course, having watched us lose to Palace and Brighton would have given them some hope they can start to set things right.

However, not only do we have the better team, by far, we also have more to play for. Southampton are probably safe from relegation and are looking to finish as high up the table as they can. Arsenal meanwhile are, or ought to be, desperate to finish in the top 4 and ahead of Spurs.

The key will be to find an attacking rhythm and go after them early in the game. Scoring first would help us immensely as Southampton will then have to start leaving some space for us to exploit. I’d be looking to Odegaard to run the game for us. He came in for special praise from Arteta, and while he has some talent, I feel he needs to start doing a lot more to justify the hype.

He will of course have to do it without Partey supporting him in midfield, as he is possibly out for the season, and it seems Tomiyasu still isn’t fit. Tierney is of course also out. With Xhaka playing fullback, we could see a midfield pairing of Sambi and Elneny, although we also have the option of playing both Odegaard and ESR through the centre.

Details or The System?

Arteta seems to feel he’s being let down by ‘the details’ rather than any systemic issue, and of course he constantly indicates how short-handed he is, which I don’t buy for a second. But whether it is true or not, what is certain is that there is no time for excuses now. We have 8 games left. We’ve scored 54 points, scored 45 goals and have a GD of +9. We are also within 3 points of 4th placed Spurs who have played a game more. This is where the manager and the players earn their money. We have the talent. Do we have the know-how and the confidence to make the most of it? I guess we’ll find out.

PS:  If you haven’t watched it, please see Granit Xhaka’s interview with The Players’ Tribune. There may be fans who will always seek to hate him, but he comes across very well and speaks from the heart on an important issue of respect within the game.