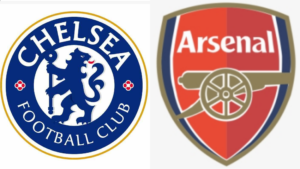 Three losses in a row have left everyone at Arsenal having some sort of inquest. Of course the manager feels he already knows the reason, and he’s been consistent in his evaluation that it is down to inefficient finishing. I think this is purposely disingenuous, but apparently a lot of his supporters buy it.

Regardless, much like before, right or wrong, this makes no difference. Regardless of why he says it, he does acknowledge this is our reality and we have to deal with it. That much is true. Fortunately, we still have it in our hands to finish top 4. Unfortunately this is because we are yet to face our rivals in those positions.

Starting with Chelsea. Now they are a club in turmoil, what with ownership issues. But they are a quality side and to their manager’s and players’ credit, they have remained focused on the job at hand. A plucky effort at Real Madrid wasn’t enough to see them through to the semi-finals of the CL, but they have made the FA Cup final and are still top 3 in the PL. they don’t look like slowing down just yet.

Our one advantage over these teams this season was supposed to be us having to play fewer games. Chelsea themselves did it some seasons ago by winning the league when out of Europe. While that is an ambition too far, we really must give it all to secure top 4. But poor squad management and injuries to a few key players has taken this advantage away.

Thankfully, Tomiyasu is now back in full training and maybe his return will give us some confidence. I’m not sure how he really helps us, but at this point any little thing could help. Our defense needs to step up as well, while our attack is totally out of sorts. Who to blame for this seems a never ending debate, but the solution must be found within the team.

Pepe as the wildcard

If I were Arteta, I would consider throwing on Pepe from the start in this game as a wildcard. He may not be as refined as the manager seems to want, but at this point we have to consider the unrefined. Pepe, Nketiah and Saka/Martinelli at least offer us some speed in the counter, because I suspect we will be doing a lot of defending in this one.

Mason Mount, Chelsea’s top scorer, is in good form and will be a danger man. Havertz too is a threat. But, given our propensity to help out-of-form teams and players get back on track, I am really worried about Romelu Lukaku. I’m not sure he’ll start for them, but he has the ability to bully us up front and here is where Tomi might make a difference and help out the CB s.

As things stand Arsenal are 5th in the table. 3 points (and a bunch of goals) behind Spurs with a game in hand. ManU are level on points with a worse goal difference, and have played 2 games more. It is still all there to go for. I see no reason to lower expectations/demands from the players and the manager. This is the sort of pressure they should thrive under if they are to be at the top level. 3 losses in a row is really bad. It is time to stop the rot before it proves fatal to our ambitions.