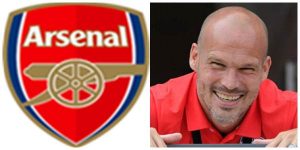 Win for Arsenal and Freddie

After run of 8 winless games in the premier league which spanned across 2 months, Arsenal finally ended their worst run ever in modern history when for first time in 8 years they came from behind in an away game to not only change their own fortunes at London Stadium but also drag West Ham and Pellegrini deeper in their own hole.

At full time, the result did not only felt like a relief but also a monumental moment not only for Arsenal but also Freddie Ljungberg for whom the night felt like a second coming to the club.

Arsene Wenger used to sometimes say that when you are going through an awful run, you must go back to do the basics right. Forget about all the silky stuff, all the focus on things that are apparently not working or have become your biggest weakness. Forget about everything other than basic football stuff and doing what you feel most comfortable doing.

And it seemed Freddie took a page out from that book of advice and implemented it in flesh. He started with selecting a team that made most sense for playing a football that is true to Arsenal football club and set them in a formation and assigned them the roles in which most players feel comfortable playing.

Lacazette was dropped due to poor recent form in favor of playing Aubameyang up front with Martinelli given the chance to make his first start in Premier League. Bellerin and Tierney also both returned in defense with David Luiz getting the axe in favor of Chambers.

But perhaps the most important changes came in offense where Pepe started his first game under Freddie and Ozil was placed back in his preferred position behind the striker.

It was definitely ‘Go back to the basics’ plan right from the start, but when you are on such a long run without a win, more is required. You need a bit of luck as well and in that department Arsenal started horribly when they were forced to lose Bellerin in warm up due to injury. He was replaced by Niles in the starting XI but this was not the end of it as later Freddie lost another full back when Tierney suffered a shoulder injury and was replaced by a man who was not even in the initial named 18.

Both teams from the start looked very cautious with Arsenal entirely focusing their play on trying to retain possession and move ball around as efficiently as they could do without making a mistake. Arsenal dominated possession but it hardly traveled beyond Xhaka and Torreira to make any impact.

But even then, Arsenal’s ability to lose ball in dangerous areas and expose their defense to an onslaught never left them and remained West Ham’s best hope in entire half.

Ozil given a free role in No. 10 position enjoyed the freedom and was always central to anything that Arsenal did develop in West Ham’s half. Through it, Arsenal also saw their first sustained spell of possession in West Ham’s final 3rd which bore no fruit but could have if only Ozil could have kept his header a bit low.

On other hand, West Ham slowly started to cause problems to the Gunners defense and Antonio did quite well on the left hand side to draw a save from Leno. But from resulting corner, when Arsenal failed to clear the ball Ogbonna stepped up to shoulder the ball into the back of the net after it had taken a massive deflection off Niles head.

And like that in a game where Arsenal needed the first goal, they found themselves behind again.

Second half started in similar fashion to the first. With Arsenal too cautious and occasionally giving ball away to spring West Ham into life and take Arsenal closer to concede the second and hence the game. But Leno made sure that was not the case.

And in midst of all this, Arsenal found a moment, a moment that was purely based on good one touch crisp passing and movement off the ball.

After Torreira found himself in acres of space he released Kolasinac with a delightful ball through the lines who then did what he does best by providing the cutback for Martinelli to not only put Arsenal level but also score his first premier league goal to mark his debut start.

The goal may be reminiscent of the Emery era but on closer analysis the contrast couldn’t be more stark. It was all about the speed of pass, the effectiveness of playing through the center and the quality of the ball between the lines that made it so different and apart from anything that we became accustomed to see under the Spaniard.

It proved a springboard for 10 minutes of pure craziness from Arsenal who did not only had their belief back but also the swagger and technical ability that they seemed to have lost somewhere.

Arsenal suddenly started opening West Ham up at will and the night was going to become even better when Ozil ran through the center to find Auba who in turn played Pepe on the channel. The rest can only be described as the most relieving moment of the Arsenal season by far as we saw our 72Million man finally score from the open play as he cut on his left to drive a curler past Martin.

Oh, what a goal can do to you. And soon, it was made three (3) when the same trio combined again to create havoc once more. But this time it was Auba who was feeded by Pepe to put the icing on cake.

With that the game was sealed and for a night at least Arsenal and it’s fans can be allowed to be happy and forget about everything that has happened because sometimes you just have to live in the moment and Arsenal have not seen many of those this season.