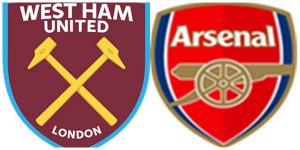 I’m not sure what to say about the Brighton game. For one, I only caught the final 20 minutes and I will confess to not watching it in its entirety. It’s been a busy week. I followed the text updates during and it was frustrating. The final 20 minutes though, gave me a sense that our belief in our ability has been completely destroyed.

I don’t even blame just Emery for it. I’m sure his insistence on making every opposition seem like an existential threat didn’t help. Nor would his power plays with players, then his subsequent inability to make up his mind about any of it. This has to have affected the players.

Unfortunately I think the malaise is deeper. Or rather, higher up at the club. You can point to the decision to keep Emery around after last season, or hire him in the first place, or even keeping him around till after the international break.

But for me the biggest issue at Arsenal is that we’ve had our heart systematically ripped out over the past 12-15 months. The way the club has behaved with its most loyal players, with its staff, breaking its word, valuing agents over scouting, virtually erasing Wenger from the club’s history etc. All of it has resulted in Arsenal no longer being Arsenal.

This tends to not be valued so much because it isn’t always tangible, and because the media doesn’t talk about it. But organizational culture is what keeps everybody on point. When that north-star starts to waver, you have disarray. It’s so sad, because all of it was so unnecessary. At this point, I don’t think a new coach can fix it. What we need is Edu or an actual Technical Director to set the direction of the team, hire the coach accordingly, and then scout and recruit players for the tactical roles. Any more short term fixes and I worry it only gets worse. A negative spiral, if you will.

Meanwhile, I’m still going to support the players, and Freddie as the coach. In fact I think Freddie is doing a decent job against heavy odds. But of course, as he himself will agree, Arsenal need results. Not for the top 4, nor to avoid relegation. But just to get us moving in the right direction again. It’s been way too long since Arsenal won a game.

Looking down the table for the first time

We now find ourselves in 10th position in the table (11th at time of publication – Editor). Just 4 points off the relegation spots, but 10 away from 4th place. As I typed this I realized this is the first time in my 23 years of following Arsenal that I’ve first looked down from where we stand in the table instead of looking up. I didn’t have to look too far to see our next opponents West Ham. Well it’s 6 spots, but it’s only 3 points. The good news is they likely won’t go ahead of us even with a win because we’re 6 ahead on goal difference.

Can they beat us 3-0? Sure they can. But I’m going to say it won’t happen. Instead, Arsenal will record their first win in 2 months, and the first ever of Freddie Ljungberg’s Arsenal managerial career. He represented both clubs in his playing career, and hopefully he’s fondly remembered by them too. No divided loyalties from him though. He’s Arsenal through and through.

In my opinion, West Ham ought to be better than they are as well. They’ve got some skilled players and a good coach. If we make defensive errors like we’ve been doing, they have the quality to punish us. They don’t create a lot of shots and don’t score a lot of goals. However, they do tend to spread them around. Seb Haller is top scorer with 4 of their 17 goals. The next 2 are Cresswell and Yarmolenko, both with 3. They also have some technical ability in midfield, which is where we tend to lose out these days.

Ideally, we should look to attack them early and hopefully take a lead into halftime. That ought to be our first target. They’ve lost 4 of their last 5 games, so this could well be about who takes the initiative and gains the upper hand.

It’s a short time to implement any new tactical instructions but Freddie admitted we lacked intensity, and I think he’ll make sure that doesn’t happen again. After that, if we can rekindle the belief that we’re good enough to beat them, which is the truth, then we could be celebrating come the final whistle. I’m expecting a nerve wracking, anger inducing game of football, but with it being all worth it in the end. This is where we arrest the slide and start heading in the right direction again.

May not be the most technically proficient team we can put out there, but hopefully an intense team. A few changes to account for the fact we played on Thursday, and going with an all action front 3 with Auba as the spearhead. This is the team I’d go for on Monday evening.

Prediction: 2-0 Arsenal. Yes. Not only a win, but a clean sheet as well.

Come on Arsenal. Prove me right!