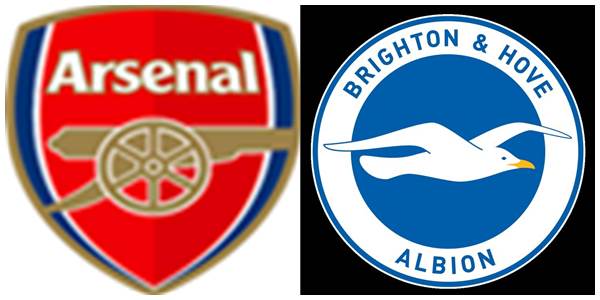 Arsenal vs Brighton: Freddie Ljungberg attended his first press conference ahead of his second game in (interim) charge of Arsenal. But this time he’ll be at home. Of course the media asked him the important questions such as why he didn’t wear a suit. Freddie gave a very Wenger-esque response to that. For those of you interested, it all happened quickly, his suit was at the dry cleaners and Freddie still hasn’t been fitted for a club suit. There, all caught up on Freddie’s fashion.

That question of course was sparked by a Paul Scholes jibe as to why Freddie is unsuited (pun intended) to be Arsenal’s coach permanently. Though that is not a serious line of questioning, the feeling I get is that the media and Arsenal fans alike are unwilling to look at Freddie Ljungberg as a serious candidate. This would be understandable were it not for the same fans who have in the past welcomed the idea of Thierry Henry as Wenger’s successor.

Speaking for myself, I was all in for Arteta, both before and after Emery. I really feel he could be something special. But now that Freddie is in place, I don’t want to think about Arteta, or Pochettino, or Allegri, or Ancelotti, or the latest rumour, Marcelino. I don’t care how good we think they are or can be, Freddie has been here quietly learning his trade, still learning, and now has a chance to grow into the role and prove himself. After 18 months of the damage wrought by Emery, I think he has the right personality, the right philosophy, and hopefully the ability, to set it right.

The early signs are encouraging. Very early signs I should say. There were some familiar problems, and a familiar shape, but the Norwich game had us playing much better with the ball. Apparently the data backs it up too, as we were among the best in the league at breaking through the lines. What was also encouraging was how clearly Freddie identified the problem (transitions) and how confidently he stated that we can fix it in training. The man has a smile on his beautiful face all the time, and I get the sense that he gets underestimated because of it. People don’t see the steel and mean streak he possesses.

One person who does, is Arsene Wenger. He’s been silent on Arsenal’s issues for the most part, choosing to distance himself rather than cause controversy, but he came out in strong support of Freddie, saying he is ‘fantastically committed’ and has wanted the job for a long time. I hope he gets a fair chance at being named permanent boss because the more I hear him talk, the more convinced I get that he knows what he’s talking about.

Weakness in the transition

Freddie reiterated the problem being in transition, and admitted to mistakes, saying we’ll never win if we keep doing what we did. But he also protected his players and said that if some players get caught in a sprint (with the attacking players) as happened in Norwich, then it can be a problem, and that’s where the defensive system has to be designed in a way to account for players’ attributes. I know people make excuses for Emery based on his lack of proficiency in English, but this seems to me an acceptance that Emery wasn’t doing this. Though he’s always been respectful of Emery, Freddie also refused to take the burden of the run of eight (8) games without a win on himself or his squad. Smart, clear and confident. I love Freddie.

I am not aware if we’ve named any further assistants for Freddie yet, but with more than a single full session under their belts, the Brighton game is another opportunity to improve on the Norwich performance.

Focusing on us not the opposition

Freddie praised Brighton’s defensive organisation and their tactical flexibility, but said he wants to focus more on how we play. (Imagine that!)

Brighton actually have made more passes than us this league season. They’ve taken just 10 shots less, and scored 4 fewer goals. They also sit a mere 4 points behind us. And that is after 3 consecutive losses to ManU, Leicester, and Liverpool. They must be cursing their luck Emery isn’t still in charge. Sorry, cheap shot, but it’s what I would be thinking. You can bet they’ll be motivated to turn their poor form around. Neal Maupay is their top scorer with 4 goals from 39 shots, while their leading passer is Dale Stephens in midfield. I would also be wary of Pascal Gross and his free kicks. I’ve liked the player since his days in Germany.

Ljungberg alluded to some players coming back to fitness. I wonder if Pepe is included in that? I’ve been a little concerned at how he’s been benched by Emery, and then by Freddie too. His response on Pepe not playing at Norwich is the only thing which raised some doubts for me about the situation. But it’s still early. I’m looking forward to seeing him play again, as I think there’s a great player waiting to be unlocked with the right coach and system. So I’m going to pick him to start.

Not wanting to change the system too much last time was probably an understandable decision, but I hope we line up in a 4-2-3-1 even if that means sacrificing Lacazette for the moment. Unlike a few of our fans, I really like Laca and what he brings to the side. I just think it may not be worth playing him back into form when there’s the dynamic option of Martinelli and Pepe. We lose a little hold up play and technical ability up front in Lacazette’s absence, but hopefully Ozil and Pepe can make up for it.

I’m keen to watch us play, and it’s been months since this has been true. I hope and expect we’ll start to see more of the Arsenal DNA emerge in our style of play. Win (hopefully), lose or draw, that is something very important, both for me as a fan and, I think, for the future of our club. I believe Freddie’s the man to make it happen.

Prediction: 3-1 winners (One of these days I’ll get it right)