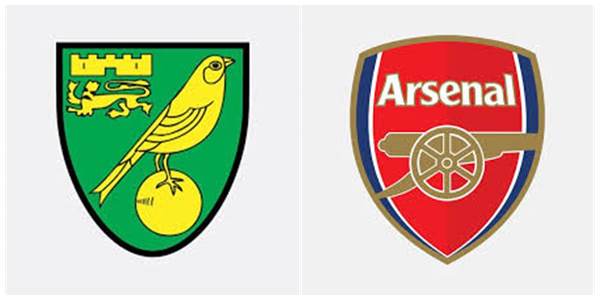 See game stats at end of article courtesy of premierleague.com

Freddie Ljungberg’s Arsenal career in the dugout of a Premier League game started in the same fashion which Unai Emery finished his, a 2-2 draw that saw Gunners come back twice. Once again fans were left with the perception that had it not been for Aubameyang and Leno, things would have been much more bleak.

With this draw Arsenal not only extended a winless run of games to 8, equalling our worst since 1992 under George Graham but also missed an opportunity to jump to 5th in the table. Instead we now find ourselves sitting at 8th, seven places off top 4.

But regardless of the result, after 18 months of witnessing “Respectball” and opponents peppering our goals far more than we shoot at them,  it was good to see Arsenal take one small step towards what was once the Arsenal way by applying themselves with more purpose and better attacking intent and tempo. On the other hand one cannot deny that the influence and the shadow of Unai Emery still clouds this squad and that it will take some time to be shaken off.

Arsenal did many things better versus Norwich which resulted in having a better offensive output as evident by a much better xG than usual. which paints entirely different picture than the end scoreline. But similarly, there were many things that reminded us of why we had to part our ways from the Spaniard.

One of those things was the starting line-up. The Swede did say he would not change things drastically but none of us thought that it meant picking a team that had Emery’s signature all over it. We also lined up similarly in a 4-3-3 with more focus on defensive balance rather than unleashing the offensive prowess of this squad.

That saw Pepe extending his spell on bench with both Mustafi and Xhaka given a clean slate and being recalled to the team.

Arsenal started better of the two and dominated early proceedings in a way that we have not done this season away from home. Auba starting on the right wing was always lively as Arsenal tried to find him with early long pass as often as they could. Ozil staring on opposite wing was also always in the game with every Arsenal move flowing through him.

And this domination should have resulted in a goal had it not been for Lacazette fluffing his lines in front an open goal. Arsenal tested Krul from couple of corners but somehow despite of all this possession, Arsenal seemed incapable of finding that killer pass in the final 3rd.

Reluctance to play through the lines

At start the focus it seemed was to play more through center with Guendouzi playing further up the pitch than normally employed under the Spaniard and Willock consistently finding pockets of space. But as the half went on the more Arsenal seemed to go back to the Emery days of shifting the ball out wide and operating largely in the channels and reluctant to play between the lines.

With Arsenal struggling to turn hard work into substance, Norwich suddenly found a moment to counter with Pukki’s run causing havoc for Luiz and Mustafi but with 2 defending against one, the Finnish still found a way into the back of the net to open Arsenal still fresh wounds.

Arsenal responded quickly and won a penalty after Zimmermann handled the ball. Auba’s effort was saved by Tim Krul only for it to be retaken due to encroachment. Auba remained calm in face of both the situation and the animated Dutchman to put Arsenal level.

Weaknesses in midfield and defense

But by now, Norwich had found the weakness in Arsenal defense and midfield and exploited it to perfection. Another turnover resulted in Norwich counter attack which Cantwell finished superbly from the edge of the box to send Norwich with lead at half time.

Ljungberg saw enough positives in the first half to keep the same team and his belief was rewarded when the man of the season once again stepped up from a set piece situation to put Arsenal level again.

But this is as good as it went for Arsenal, as Norwich started to dominate the midfield and hence the chances and had it not been for couple of wonder saves from Leno, Arsenal would have found themselves again behind in the game.

Ljungberg tried reacting to the situation but his substitutions brought more confusion than clarity. First he brought on Torreira for Willock to increase the shield ahead of his defense, but seeing it did little or nothing for the overall balance, he later decided to bring on Saka for Guendouzi.

Arsenal for a short period did benefit from this change but it was clear to see that the gunners still lacked the spark in the final 3rd. With players like Lacazette misfiring and Ozil getting very little help from his midfield to advance the team forward, Ljungberg had to act but he did not and waited till 88th minute to throw the last dice on the pitch in the shape of Martinelli. Too little too late.

The drama continued in the injury time with Leno denying Aarons and then Torreira’s near perfect shot being blocked much to the agony of our new caretaker as he had to settle for share of spoils in his first game in charge.

Arsenal on the day felt like a Unai Emery team but less worried about opponents strengths. And one could feel that Ljungberg could have done more to influence the game but after only one session with the team that in itself is quite an improvement.

On early signs it seems that the Gunners can be an exciting and attacking brand under his spell, though how effective is a question still open. At least on Sunday we saw no improvement over Unai Emery.

But at least we have taken the right step! 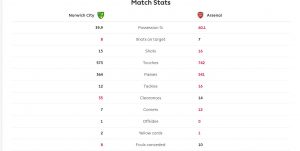