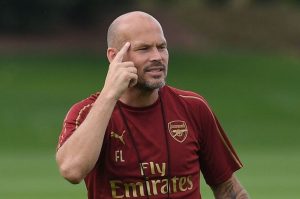 Arsenal did not merely lose to Brighton, they were outplayed in midfield by one of the poorest teams in the league; 49.2% possession to  the Gunners versus 50.8% for the Seagulls. This is unheard of in the modern era. Under Arsene Wenger, only the best teams in Europe have come to either Highbury or the Emirates and exceeded us in possession.

How did it come to this?

This was after 18 months of mostly dire football, with fans beginning to stay away from the stadium and protesting loudly in social media. Sanllehi had no choice but to fire his compatriot and appoint Freddie on an interim basis.

It seems many fans believed there is a quick fix to the damage that has been done to AFC over the past 18 months. There seems to be a total underestimation of the regression in standards since Wenger left. One example is in the quality players the Sanllehi regime allowed to leave the club without adequate replacements:

In contrast to the vast experience and technical ability of the above midfield players, all of whom were on the books a mere two years ago, Freddie Ljunberg was forced to make his starting #10 versus Brighton, none other than 20 year-old Joe Willock, who undoubtedly has enormous potential to become a very good players but was blatantly out of his depth.

It was a roll of the dice in Freddie’s second game in charge that came up twos instead of sevens. He selected a more defensive oriented team in contrast to his side at Norwich replacing Guendouzi with Torreira, Mustafi with Sokratis and Bellerin for Chambers. For this he was roundly applauded on Twitter and by the pundits on my tv channel. The consensus was Arsenal would win, Brighton the foregone loser in the upcoming drama.

Arsenal started cautiously. It soon became obvious the weight of going eight (8) competitive games without a win is taking its toll. Ominously in the first minute there was blatant confusion between Leno and Luis over a loose ball kicked goalwards which had the goalie scrambling instead of making a routine collect.

Unlike Norwich, the Gunners appeared more careful in their build up, seemingly focused on not allowing Brighton easy opportunities for a counter. Bellerin and Kolasinac took turns attacking down the flanks. David Luis and Xhaka  regularly flighted long balls into the direction of either Lacazette upfront or Aubameyang wide right. Ozil was forced to come deep to link with the midfield three of Xhaka, Torreira and Willock.  Unfortunately, although willing, the latter did not have the technical nous to consistently receive the ball while under pressure nor to make the right passes at the right time. So much so, he was the victim Aubameyang’s frustration at the end of the 1st half when he got a proper rollicking from his captain for a misplaced pass. It was reminiscent of Thierry Henry’s year as skipper; not good to see.

Brighton, for their part, was very physical, trying to make it difficult for Arsenal to pass it around. They would often drop deep with 6 or 7 behind the ball, tackle fiercely and work the ball into goal-scoring opportunities. In the 25th minute they had a magnificent chance when Connolley flashed one across the face of Leno’s goal, out of reach of their onrushing striker. That marked the beginning of a 10 minute period of sustained pressure which culminated in a corner on the 35th minute with Webster winning the scramble for the 2nd ball and lashing it home.

Arsenal responded with urgency. For most of the final 10 minutes of the half they pinned Brighton in their own half. On the 40th minute mark Auba swung a delicious cross into the penalty area which was met by affirm header by Willock which was saved on the line by the keepers legs. The failure to score despite putting the opposition under pressure was obviously a factor in Aubameyang taking it out on poor old Willock.

Not surprisingly Joe was given the hook at the start of the 2nd half replaced by Pepe who took up a wider position as the team changed to a 4-2-1-3 shape (Pepe on the right, Laca as CF and Auba on the left with Ozil in the hole). Not a classic shape but needs must. Unlike the beginning of the match, Arsenal was far more aggressive seeking the equalizer. Pepe from the start was making it especially uncomfortable for the long-legged Burn. The pressure eventually told when a 50th minute corner was helped on by Lacazette at the near post. 1:1.

After nearly 25 minutes of sustained pressure Arsenal seem to run out of gas and Brighton slowly but surely got back into the game. In the 79th minute they worked the ball down the left and a cross into the box and Maupy, twisting his head to an acute angle, steered the ball away from Leno to score.

For a team whose confidence has been battered that Brighton goal must have been a punch in the gut. It certainly affected the fans in the stadium as they seemed shocked into silence. While Pepe had a shot saved and Martinelli’s smart header was repelled on the line during the final 10 minutes, this was finally the night Arsenal  was unable to pull a rabbit out of the hat that was frequently the case under Emery.

Bellerin, in a post match interview, said he was in a state of disbelief; Arsenal created several chances but couldn’t score while Brighton’s seem to benefit from from far less. No Hector. They had 9 shots on target, Arsenal only had 5.

Seems to me Bellerin and many fans are living in a fantasy world. Arsenal no longer dominates most clubs in the EPL because we no longer have quality players, especially in midfield, to impose our game on the opposition. What once looked easy under Wenger is now a thing of the past. It will only be reversed  when we stop the bleeding; stop selling or letting go our best players. If we must sell, replace them with top-top quality. Poor old Freddie can only work with what he has. Any new coach will face the same dilemma. That is why Freddie Needs Time.