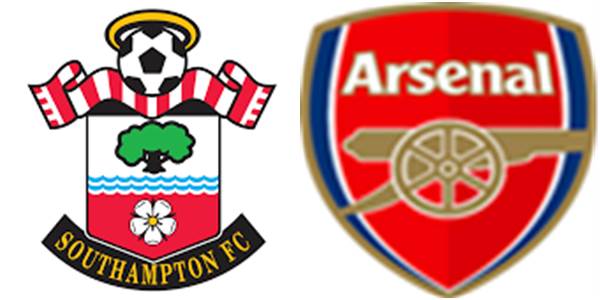 It’s been a bizarre season and it doesn’t seem to want to stop. Two matches after the restart, and two losses later, Arsenal are facing something of a crisis; of identity, of performances, and of points. For all of my life as an Arsenal fan, European football has been a given. It may no longer be the case come next season.

But what makes this even more difficult is the lack of clarity to go with the lack of quality. After Brighton’s Dr Frankenstein decided to resurrect the monster of Alex Ferguson’s Game 50 blueprint, it’s been Arsenal facing pitchforks from the angry villagers. From Guendouzi’s petulance/aggression,  Arsenal’s transfer policy, to comparisons with a mythological past where you had to earn the right to play and were never kicked off the park.

In the middle of all this we’ve struck some deals. David Luiz’s new contract has Arsenal fans howling louder than his howler. Arteta spoke about his leadership and frankly, I get it. It wasn’t Mikel who created a row with or sold Koscielny.

Ceballos will stay till the end of this season. Arsenal also made permanent the signings of two players already on loan. An injured Pablo Mari, to go with Cedric Soares who was injured when we took him on loan. Some horsing about between Edu, his agent, Raul, his agent buddy got these deals over the line.

Sven Mislintat called us a mess, and I agree with him.

But soon there may be some good news regarding Bukayo Saka’s contract if Arteta is correct. Still no word on Auba though. He’s still waiting for a different knock. Would carry more weight if we made Europe.

As things stand we’re in 11th; 40 points from 30 games with a goal difference of zero. Our closest challengers are Burnley. Europe seems a long way off. Still, we can do nothing else but back the team. Even if this season is a wash, it’s got to be used to lay the groundwork for the next season.

Our opponents are something of a bogey team in recent years. Southampton will be riding high after a 3-0 win in their last game and are looking to draw level on points with us.

Speaking of bogeys, Shane Long is back in contention. The danger man will be Danny Ings who’s scored 3 goals in their last 2 games against us, and is actually in the hunt for the Golden Boot this season.

You can also bet that having seen the Monster of Brighton, The Saints will come out vowing to be no saints in the tackle. We will have to stay on our game and not get distracted or bullied. Play them off the park and they don’t get the chance to kick you off it. Of course we also need to stand up for ourselves.

One player who can help with both these aspects is Granit Xhaka. He is back in training along with Sokratis. Both are much maligned, but that seems about par for the course for Arsenal fans still reeling from life’s punches ever since the Big Man left. Xhaka’s passing will be a big boost for a side beleaguered by injuries to Chambers, Mari, and Torreira, plus Luiz suspended. Xhaka and Sokratis are also not shy when it comes to a physical battle. It’s unlikely they’ll both start but it’s good to have them back in the fold.

Martinelli is out with a knee injury which might keep him out of the side until next season. The other question mark is around Ozil. People will believe what they want to believe, but we play a lot better when he’s on the field. His ability to find space and spot a pass will be important if we are to put an end to this run of defeats.

Arteta has a lot on his plate, and there’s so much he’s dealt with already. But I believe in the guy who was instrumental in getting us out of the hole we found ourselves in when Cesc left, and who very quickly established himself as the leader. A win would go a long way to making it all seem just a little less daunting, and our goals just a little more achievable. That’s what we need. More goals. Here’s to desecrating the Saints’ stadium. Or just getting out of there with 3 points and no injuries.