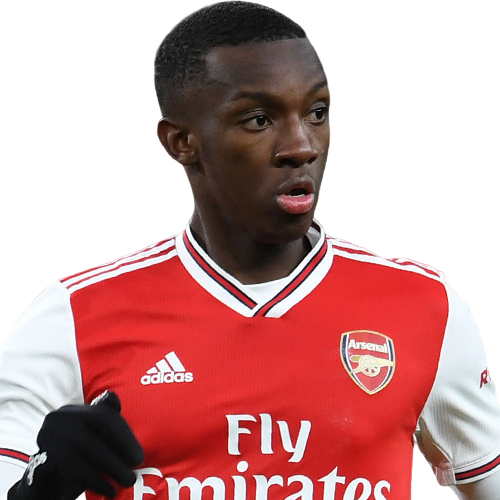 Eddie Nketiah takes advantage of a Southampton bogey to score.

Arsenal faced Southampton under a blazing hot sun but started the match cold. They were initially nervous on the ball and unable to maintain possession. Fortunately, this lasted only about 5 minutes. For virtually the entire match after, the players were comfortable passing the ball out even under pressure.

A returning Xhaka showed us some of what we’d been missing with a super through-ball that found Saka’s run from deep. Eddie finished the move by putting the ball in the net but it was chalked off for offside. A long ball from Tierney also sent Auba through on goal, only for him to strike the bar via McCarthy’s thumb. Unlucky or a great save. But a few minutes later the goalkeeper committed a grave error. Under very little pressure, he casually played a pass straight to Nketiah who ran through to score in the open goal. 1-0 to the Arsenal.

Southampton troubled us with a dangerous cross, and one through ball that was cut out by Mustafi. But apart from that, they weren’t creating much. Arsenal were in control without being spectacular. A couple of promising counter attacks came to nothing, and the referee brought the first half to a close.

The Saints came out in the second half more determined to make a game of it, and they put together a great move. We were fortunate that Bertrand’s cross didn’t find its intended target, and a long range shot is all that came from it. Arsenal responded with a fantastic long kick from Emi to pick out Auba, whose square pass would’ve led to an easy tap in if it wasn’t cut out by the defender.

All the same, Southampton were posing an increasing threat and Arsenal kept dropping deeper. A period of poor concentration and an injury had us under pressure, and Arteta decided to make a change. Willock came on for Pepe, while Kola for the melting Scotsman was a straight switch. Southampton kept coming at Arsenal though. A cross found Redmond in a dangerous position, but he shot into the side netting. Shane Long had a shot on goal from a ball over the top. Martinez made the save, and managed to gather the ball before an onrushing Ings could get a foot in.

Arsenal made their final batch of substitutions to bring on Lacazette and AMN in place of Nketiah and Ceballos. Soon after, Auba ran through on goal from a careless Southampton backpass and was brought down just outside the box. A red card to Stephens for denying a goalscoring chance, and Lacazette stepped up to take the free kick. He hit it against the wall, but followed it up with a powerful snapshot on the rebound. The GK managed to block the shot with his body, but could do nothing when Willock followed up and scored from the loose ball. Arsenal managed to play out the remaining few minutes easily enough. 2-0 and job done.

Our burned bananas came in all shapes and sizes today (Macey is a GIANT) It was fascinating to see all the formations we used in this game. The idea seems to have been to overload on our left flank, which we did.

At various points we were playing a 523, 424, 541, or some strange 432 +1 where Saka was a roaming left flank presence with no fixed position. With so many changes in different phases of the game, and substitutions, we could easily have become disjointed, but the transitions were seamless and the gameplan effective.

We were defensively sound and never caught short of numbers at the back. We were always dangerous on the counter. And the overload caused Southampton problems, especially in the first half.

It wasn’t the most spectacular performance. After all, we got somewhat lucky with both goals. There will be tougher opponents and matches played at a quicker tempo, which might present a sterner test. But I am hugely encouraged by what I saw from Arsenal today. A gameplan for the future.