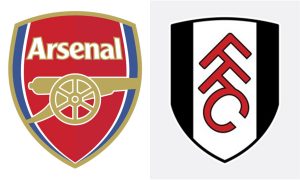 Two confidence boosting results and performances see Arsenal’s season still on for a great escape. In the semi finals of the Europa League, and with a chance of re-establishing the natural order in North London.

While the EL offers the glory of a European trophy and the money of the Champions League, it also hinges on small margins. Or large ones, as we found out when we faced Chelsea and allowed Sarri to have a quite smile to himself with his winners medal. The then incumbent will be our next opponent. While some maintain there’s no bad blood, I’m not sure that’s true. Certainly Emery has indicated he still feels wronged about his dismissal. He will have a point to prove. The players may have some of those too. As for Arteta. I’m sure he wouldn’t want to be eliminated by his predecessor. It has the makings of a classic battle.

But that has nothing on the North London rivalry. My target remains overtaking Spurs in the league, and thanks to a draw for Spurs against Everton, a victory in our next match would see us just 2 points behind them with 6 games to go. Could be an exciting end to the season.

A walk in the park?

To ensure that, we must start by winning against another London opponent. Fulham looked comfortably the worst team in the league when we faced them on opening day. In fact, our record against them is fantastic. They have never won at Arsenal in 29 previous attempts (all competitions). But since the opening day that had people claiming Willian was a masterful signing, Fulham actually look like a fairly decent side. 9th in touches and passes as well as shots taken. The latter is more than us by the way. But goalscoring has been a problem for them. They have only 24 for the season. Only Sheffield United are worse. Their leading shot taker, assist maker, and second highest goalscorer is Ademola Lookman is out with injury. So, this should be a walk in the park. Especially since we finally seem to be catching some good form.

Except, is it ever so simple with Arsenal? The excuses are always ready, often in the guise of there never being any excuses. Injuries to key players (Auba, Odegaard, Tierney, Luiz) The high of the midweek game where the players took it upon themselves to send a message before and during the game. Playing against a side fighting relegation. Or, as always possible, a referee intervention. Who knows how this will go.

Arteta is now more bullish on the youth

But something, probably Balogun’s imminent contract extension, prompted Arteta to talk about the Arsenal youth before this game. My personal feeling is we’ve been way too conservative by not playing the youth players enough. Only a few days ago Arteta himself was talking about being impossible to play 6-7 young players when asked about Marinelli’s lack of game time. Now he was more bullish on the club’s DNA being about giving youth a chance.

I would take all his statements with a pinch of salt. The club as a whole is going in a direction that I feel is not just wrong, but also unnecessary. But that’s what happens when you allow agents into your club, and even remove all the obstacles from their path. Sacking senior and youth scouts, and pushing out players that don’t simply fall in line, with Bellerin being the latest rumoured to leave. The Arsenal coup is nearly complete. But can they deliver the coup de grace to Fulham, and eventually to Spurs, in this PL season?

Written By Shard aka @ShardGooner