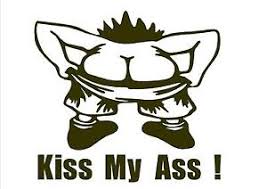 Writing a report of the Leicester game is proving inordinately challenging. Normally I watch a game again before writing a report but there’s no way I’m going to do that here. Apologies if I’m a bit hazy on all the details. I process the game very much like a fan on first viewing and the little analytical skills I have tend to take a break.

How do you go about reviewing a football match that descended into a farce anyway? A tale of two halves to dig into the cliches, featuring classics like ‘referees do a tough job’ and ‘he’s not that sort of player’.

I remember being oddly comfortable about our game early in the first half, but also feeling like we needed to wake up and start making things happen. It was Bellerin and Lacazette who caught my eye as bringing the most intensity. Probably to do with them not having played as many games as some others out there. Lacazette was holding up the ball well. There were a couple of times he could have released it a little quicker, but the rhythm of the whole team was off. It did click into gear though. Bellerin started putting in some good crosses. Lacazette started playing off his teammates.

His through ball was the key to unlocking a surprisingly wide open Leicester defense. He found Saka with only Johnny Evans to mark him. When they reached the edge of the box, Saka emitted a freeze ray, downloaded a memory of Pires on Gerrard from back in the day, which left Evans bowing down to acknowledge this glimpse into the universe’s greatness and the rest of us in ecstasy. Laca was already celebrating even before Saka’s cross reached Auba. A goal that transcended time.

Unfortunately, this beautiful goal demanded a place of its own in the gallery of Arsenal matches. Despite our best efforts we could not turn all our domination, because that’s what it was at this point, into a goal. Lacazette had a few chances, but he is a striker out of form who could do with some luck.

Arsenal could be accused of getting lucky when Iheanacho’s goal was ruled out for a push on Kolasinac, but it was probably the correct decision from the assistant referee. Just not in line with how the referee wanted the game called.

Two good teams desperate to get a win and achieve their targets for the season. Two managers who’ve gained plaudits for how quickly they elevated performances. An entertaining first half. Everything pointed to a great contest to follow in the second half.

What did follow was the unintentional consequence of “Lil Chilli” Saka messing with time. Even as he reached into the past to bring forth the best of Wengerball, the referee felt the institutional memory of his professional class flowing through him. The game that Pires had traipsed past Steven Gerrard had seen an Arsenal player unjustly shown a red card. This was exactly how Arsene’s revolution began. Blood flowed in the streets at how many red cards the dirty Arsenal got. After Riley’s successful audition it turned to encouraging violence against Arsenal.

The referee had already allowed Jamie Vardy to roundhouse kick Mustafi in the face without consequence. Forget the niceties and benefit of doubt stuff. It was 100% intentional from Vardy, and Mustafi is lucky he didn’t get caught in the eye. Vardy had also shoved Tierney, who was later also caught in the face by a forearm off the ball. Iheanacho was subbed off in the 60th minute having committed 5 fouls and received no booking. In fact no Leicester player was booked, and their challenges kept getting more and more aggressive and reckless.

Of course then it was an Arsenal player who was punished for the growing combativeness. Thankfully this time not through injury.

Now I fully understand why that’s a red card. In any normal circumstances it would be. But in the context of that game, it was not. More a collision than a tackle. The referee saw it as a yellow too. Then someone from Mike Riley’s clan got in his ear and what followed was amazing.

So far the PL has steadfastly refused to use VAR the same way as Europe. But in this instance, the referee ran to the screen, took about 2 seconds to view it, and brandished a red card for Nketiah who had come on just a couple of minutes before. Is this even possible according to their own rules? If so, why wasn’t it being done before? Pertinent but ultimately useless questions.

No respect for fans

The Premier League has no respect for the fans, or as they like to think of us, consumers. It’s a tainted product, and the commentators, both during the game and after, try to get us to ignore and doubt what we’ve just seen and fall quietly in line. I guess there’s bliss in ignorance, and especially if you’re making money off of selling it.

A tired, embattled Arsenal team then had to try and hold on for 25+ minutes. Would have been a heroic effort had they managed it. It probably still was because as it turns out they were undone by a cross which in all honesty they should be able to block, combined with more shenanigans from the Rs in the VAR.

A draw isn’t the worst result. The players and managers are professionals and it’s their job to adapt and learn from these setbacks. Arteta never hid from that, but he was clearly frustrated and I love that he called out what we had seen from the officials.

I almost don’t care about where we finish. A corrupt league and a nothing season from the moment we didn’t sack Emery in Baku. But moments like that Auba goal, and how the team has been growing under Arteta are the reasons I watch football. I will stick with my team. But there’s other leagues to watch. The PL can kiss my Arsenal.