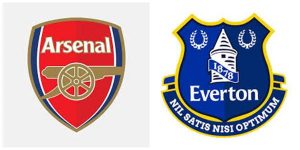 We get more excitement and drama off the field than on these days. But there’s still some football to be played this season. Dull though it may be. After the Fulham draw, I couldn’t even muster up any anger. Apathy like that is really a new one for me as an Arsenal fan.

Then came the news about the Super League (SL) and its special dispensation for the self proclaimed elite. The pushback from fans was immediate, but had nothing on the alacrity with which Uefa and the Premier League responded to it. In the end, the clubs pulled out with different versions of the mea culpa. As I write this, Josh Kroenke is trying to convince Arsenal fans that it was all about the future of the club and fans’ desire for ‘big games’. Of course money had nothing to do with it.

Where does Arteta stand?

Arteta of course spoke very passionately about fans’ right to protest, but actually never took a stance on where he stood in regards to the super league. Both he, and the club, appear to be suggesting this isn’t over though. The wrong manner, the wrong time, good intentions, proud of the club and the people. All sounds like a sincere apology but this one will not end this way. There will either be a greater fan movement, or, more likely, the clubs and UEFA will come together to find a way to share the pie and we’ll go again. Next time, with better PR.

Anyway, for now, all I want is better football. Not even St Totts seems really important. As I said, apathy. Though I did have a good laugh at Jose Mourinho. Our next opponents, Carlo Ancelotti’s Everton made some mad defensive errors to allow Spurs to draw with them though. Will they be as generous with us? Will we even take our chances? Both Auba and Lacazette are out. But Eddie, Martinelli and even Balogun are options. Odegaard is a possibility subject to a fitness test.

The Toffees are chasing Liverpool

Everton have their own cross town rivals to worry about. We are 7 points behind Spurs and the toffees 4 behind Liverpool, both with a game in hand. These teams are all chasing European, even CL qualification. So they are both a good side, and will be motivated.

Not that it primarily comes down to passion as they do have quality. Calvert-Lewin, Richarlison, Siggurdsson, James Rodriguez, Doucoure. Still, they seem to be crumbling under the pressure. 3 draws and 2 losses is really poor form and has them in danger of missing out on Europe, which I’m sure was their target at the start of the season. They are a weird team in that they don’t pass a lot, don’t shoot a lot and not very accurately, have scored even fewer goals than us, and conceded more. And yet whenever I’ve seen them play they seem to present danger to the opposition. I really don’t know what to make of them.

Arsenal are unbeaten at home against Everton for the previous 24 matches, stretching all the way back to 1996. That is a quite extraordinary run of 20 wins and 4 draws. Everton did beat us 2-1 at the Goodison earlier in the season and will be looking to do the double over us. Calvert-Lewin is back in contention after injury and he is their top goal scorer with 14 goals. We also need to beware Sigurdsson’s free kicks, and crosses from Digne, and as we saw against Spurs after he came on as substitute, Seamus Coleman.

I wonder if the players will go out there with a point to prove. Everton’s players using Arsenal’s supposed ‘Super’ status as a presumed slight against themselves, and Arsenal’s players to the fans to show that they really do care. Or will they save the message sending for the Europa League semi-final and their former (wallahi not a) coach, Unai Emery?

After the SL fiasco and with the continuing fallout, I’m sure the actual football will offer a temporary reprieve to all parties. But football hasn’t been saved. Arsenal, most definitely haven’t. Instead of taking shortcuts, the club, and the coach need to get their heads down and start living up to the values they often talk about but refuse to act in accordance with. It’s not about the money, it’s not even about glory. It’s about showing pride in the club and its traditions. And that starts with setting up to play with ambition. That’s not too much to ask for the rest of this season, surely?