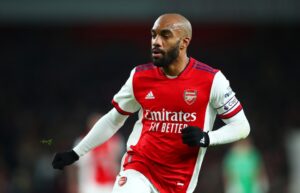 Arsenal took on West Ham in a possibly crucial top 4 shootout. But you’d hardly have known it as all the pre-match discourse was dominated by Arsenal’s announcement that Aubameyang had been stripped of the captaincy and dropped from the side. Predictably this led to open season on Aubameyang, which I have a real problem with. However the games keep on coming and despite postponements elsewhere we were ready to go.

And go we did! We were on it right from the start and were enjoyable to watch. That is something that I’ve gone too long without being able to say. It wasn’t a perfect performance by any means, but we had a great tempo throughout and for the most part were utterly dominant. Some of the passing sequences were vintage, and the goals, exquisite.

West Ham came to play as well. Early on we had a run from Lanzini leading to a botched shot from a botched free kick. But we kept the pressure up and they had to resort to some roughhouse tactics. A couple of last-ditch tackles prevented Arsenal going ahead from Martinelli and Lacazette on the follow up. The Hammers responded with a Fornals curler that went wide, and we went back at them with a run from Saka that led to another blocked shot, this time from Xhaka. The clearance fell to Tierney and he had a long range dipping shot which nearly caught Fabianski out.

As the game went on, West Ham looked increasingly likely to concede and we had another chance to score when Laca’s low curler was pushed out to Martinelli but his effort too was just blocked.

So halftime came with both sides level at 0-0 but an encouraging performance with West Ham’s resiliently clinging on, if by a thread.

That resilience was broken by Lacazette picking out Gabi’s run between the CB and fullback early in the 2nd half. One touch and he was right in on goal, he looked at the keeper, opened up his body and put it beautifully in the far corner. Comparisons to Henry seem a bit misguided from the aesthetic point of view, but can’t argue with that result.

Of course it was crucial we didn’t sit back when on a lead again, and though that didn’t happen, this being Arsenal Odegaard gave away the ball on the edge of the box needing Ramsdale to make another awkwardly effective save. This being Arsenal meant that of course the commentators blamed Xhaka for the error.

Lacazette was running the show and he was brought down in the box by a desperate defender’s reckless lunge. The only surprise was that the referee not only awarded Arsenal the penalty but also sent off Coufal for a second yellow. Again this being Arsenal the commentators deemed this harsh, and Arsenal missed the penalty.

With just over 20 mins to go, this was a nervy period for the team and fans. Saka came close only to be thwarted by a deflection, 5 minutes from the end he passed the ball to ESR who had Laca, Eddie and Saka in support but cut in on his left foot and unleashed a fantastic drive past the stranded Fabianski.

Cue smiles and hugs on the touchline as Mikel Arteta beat his old boss to send Arsenal (temporarily) into the top 4. After the game he was keen to talk about the home supporters and I have to agree with him. The atmosphere was fantastic. It felt almost like one of the famous European nights. A sign of things to come?

I’d normally caution against buying in too soon, but you know what? Regardless of the result at the end of the season, I’d for once, just rather enjoy the performance. For 2 matches in a row we’ve at least shown some intent and initiative in the attacking sense. The improvement needs to continue, and hopefully it will.