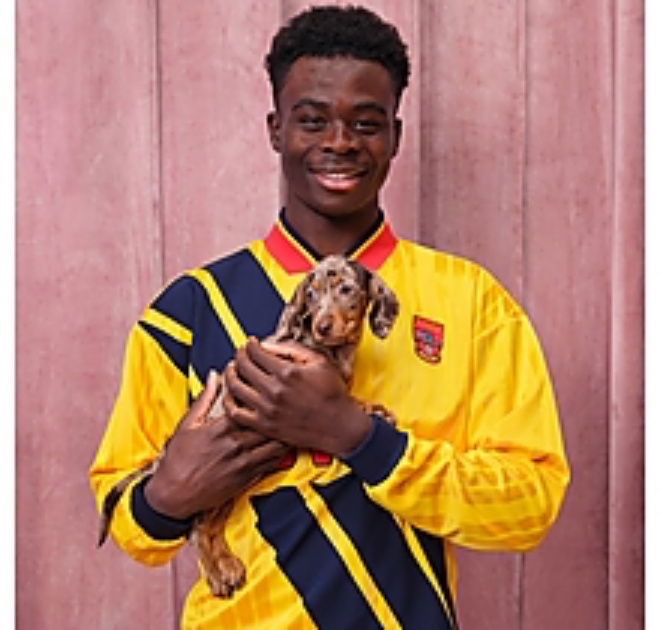 Having unsurprisingly failed to deliver on hope and expectations, Arsenal wisely went into somewhat of a media blackout. Sticking their necks out just enough to take us on a pleasant trip down memory lane with retro kits. The ‘Saka with dog’ photos were an additional work of art.

But of course radio silence might have just been down to coronavirus restrictions being back in force. I’ve seen many Arsenal fans complain about the preferential treatment given to Spurs by the FA but I don’t agree with that. The neighbourly thing to do in such a situation would be to present them with a home cooked lasagna.

Arsenal meanwhile could do with cooking up some tasty attacks for themselves. For once Arteta didn’t completely rule out the notion and it’s incredibly gullible but that was enough to make me more confident we’ll do better.

Our record against a visiting Southampton couldn’t be much better. They haven’t won at Arsenal in 22 PL matches, a record for most away games without winning. But we did draw this fixture last season and I don’t know if that would go down well with a fan base on edge after two defeats in a row. Which puts us under pressure. Maybe too much so, and I don’t believe that’s because the squad is mentally weak. I just believe Artetaball has them under constant pressure already.

At last update, ESR was to be assessed but was in training. Aubameyang reportedly missed training and there are concerns it could be virus related. But that’s speculation along with the possibility of him not being available.

But never fear, Eddie is here. For the next 6 months at least. After hardly seeing game time, he’s recently made appearances ahead of Pepe and Auba. Now that he’d probably made his mind up to leave it turns out Mikel really values him and wants him to stay. I mean for Arsenal’s sake I hope he does stay but this just smacks of AMN to me.

Speaking of whom, midfield issues. Partey had another poor game while an undercooked Xhaka had to play out 90 mins. AMN and Sambi both had good games the last time they played. Which was 5 and 3 matches ago. I’ve given up trying to predict lineups with weird rotation like these. For all I know both of them will get a start against the 16th placed Southampton.

They are a weird team too, blowing hot and cold. After beating Villa they then lost to Norwich and Liverpool. And now are on a run of 2 draws against Leicester and Brighton. They’ve scored 14 goals to our 18 and conceded 21 to our 22. I can’t say I remember them making any sort of impression on me beyond their weirdness as I haven’t watched them much. But Hassenhutl will know that Arsenal tend to cough up the ball when put under pressure and will surely use some of his Rangnick schooling to do the same. This might be a good game to play the attack minded fullbacks and cross, cross, cross. Tierney and Cedric matchwinners? I just have a feeling.

Arsenal need the wins now if we’re in any way to meet targets. We may be 7th now but the fixture list has been favorable. The run until the New Year is crucial. We need to better the 8 points we had in the same fixtures last season. For that we need goals. And for that, we need to start taking more of an attacking approach. And that may just be the silver cloud in all this.