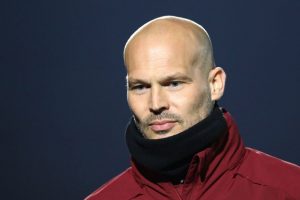 A few days is a long time in football. Everything moves so quickly. One day you’re frustrated with the never ending awfulness of it all, and the next you’re beaming with joy, goodwill, and full of hope.

Even Unai Emery, him of the faux-class reputation managed to exit in the right way. Something of the old Arsenal, the real Arsenal, seemed to be stirring as his dismissal neared. Chips Keswick leaked his unhappiness at being a figurehead with no power to affect the club’s running. Per Mertesacker praised Wenger, Kos and Arteta. And unbelievably, the club seemed set to replace Emery with Ljungberg.

Of course, it became inevitable once the half empty stadium rained down full volume boos on Thursday night. On Friday morning, the deed was done and Freddie Ljungberg, Invincible and formerly of red hair, was put in charge of the red and white. For the moment anyway.

The club and Freddie himself have made it clear it isn’t a permanent appointment. Josh Kroenke has made it clear that they have faith in Freddie and value that he has Arsenal DNA, but also that Raul, Edu, Vinai and Josh himself, are already working on appointing a permanent manager. What was that about football moving quickly? Because this quickly killed the unreasonably high level of excitement I was feeling.

If I’m going to be positive, which I am resolved to try, then I could point out that it’s fair to carry out a search as insurance, in case Freddie doesn’t work out. Just as long as they give a fair shake to Freddie, it should be ok. But I worry because it is still Raul running the show. It seems to me the tough fixture list will provide the excuse to remove Freddie during the winter transfer window.

Anyway, that is for another day. Our own is currently in charge of the first team and this is exciting. Last season I turned to our U23 games to satisfy my craving for good, true, Arsenal football, and most often Freddie’s team obliged with his own take on Wengerball. That is exactly what the team needs. In his interview he said he’d like to bring the togetherness and the smile back for everyone. That the players play better when they’re happy, and our players are happy playing an attacking style. A simple statement of club culture and values, which Freddie also made reference to, saying he knows what the club stands for.

We love you Freddie.

Norwich sit in 19th in the table after Southampton’s win against bottom side Watford. No matter the result on Sunday, Norwich will remain in the relegation spots. After suffering 3 straight losses, they beat Everton 2-0 last weekend. Even so, they still have a Goal Difference of -15, having scored only 13 times (19th) on 147 shots (17th) and most of those goals (6) came from Teemu Pukki. That’s the danger man Arsenal need to watch out for.

If we win, we’ll go back above Spurs. Sheffield United and Wolves are playing each other, so it represents an opportunity to overtake one or both of them as well, and with Chelsea losing to West Ham, we could find ourselves within 5 points of 4th place.

Apparently Bellerin and Luiz both trained but they, along with Mustafi, Holding and Kolasinac remain doubts, while Ceballos is definitely out.

Picking the team in such a scenario is even more difficult than usual. Does Ljungberg just send out a team of his best XI and hope for them to click with the freedom he provides them? Does he try to play to a system and pick accordingly? Does he play a young side with players who are more familiar with his methods?

It remains to be seen how we are on confidence and how quickly the natural flow comes back to our team. I think we’ll play much better than we have done, and although Norwich too have created a couple of moments of beautiful football, they are simply not good enough to go toe to toe with us. I’d expect lots of fouling, some referee related frustrations, and some frustrating moments of our own making. The defense will need to stay sharp on the counter and on set pieces. But if we play anywhere near our talent level, we should run out comfortable victors.

Even though I continually get them wrong, my prediction: 3-1 to Arsenal in an enjoyable performance.

Come On You Gunners!