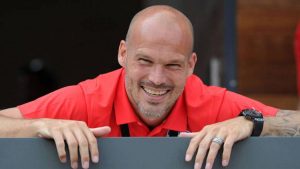 In this latest edition of the Uncensored podcast, yours truly and Blackburn George conclude that so much damage has been done to Arsenal over the past 18 months, on and off the field, that there is no quick fix by Freddie as interim head coach. We urge cautious enthusiasm.

Here are some of the issues we discuss:

Feel free to give us your feedback in the Comments section of the blog.

How much do you appreciate our factual, no-nonsense point of view?