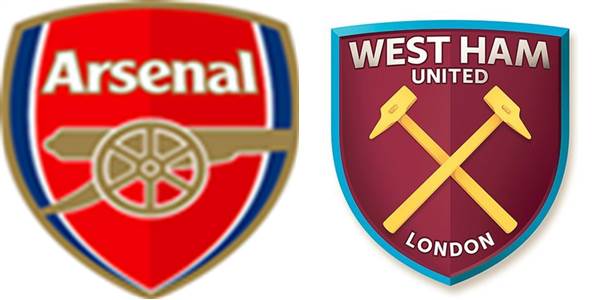 Right after Arsenal scored the 2nd in their 3-0 win at Craven Cottage, Arteta made a point to go to the new coach, indicating his impact on the set piece goal. Having sold Martinez to where John Terry can get his grubby hands on him, rumors indicate coach Georgson may well have an impact in buying his replacement too. Him or the other new coach, depending on if we sign Raya from Brentford or Runarsson from Dijon.

It seems Macey isn’t trusted to be 2nd choice, and none of the youngsters are deemed ready. I suppose this is a consequence of going down the route Edu has taken. With our entire European scouting department a thing of history, we will have to rely on such personal recommendations. It seems like a small thing at the moment, but if Leno were to get injured again, Arsenal might have a problem. Fingers crossed that doesn’t happen, and for now, we trust in the judgment of those running the show. After all, Aubameyang does.

Things have been pretty good so far. Fulham didn’t represent the toughest of opposition, but we did a professional job, and one initial error aside, did it damn well. There is some concern about the lack of attacking flair in the side. Especially from the middle of the park.

I am as upset as anyone else as to how Ozil has been treated by the club in the recent past, and it seems to me that this is now continuing into the new regime since he refused to just go along and give the Kroenkes a discount. Whatever may have led us here, and whatever happens, you won’t get me to turn on Mesut Ozil. By all accounts a good man, and definitely a wonderful player who makes the game more fun to watch.

That reads a bit like a goodbye, and it might well be, because I don’t think we’ll see Ozil play many more games for Arsenal now. I can be angry about that, but there’s so many more things to be angry about in the world, and for once Arsenal at least seem to have a plan I can get behind. Personally, I wouldn’t worry about the style of play as pertains to the attack until around January or February. It seems to me fixing transitions and defense was top priority. As players get more comfortable in their roles, hopefully they can express themselves with more creativity.

Can’t hope for a 9-1 victory against West Ham like the Arsenal women’s team, but we should look to score some goals against them. Our first home game of the season and we welcome a team that lost to Newcastle last week. They did however beat Charlton 3-0 in midweek. It’s hard to know how much their squad selection was based on fitness needs but players like Haller, Felipe Anderson, Yarmolenko and Lanzini all played in midweek. The curtailed pre-season is likely playing a part here.

We should not take them lightly. They have players who can hurt us, some decent defensive players too, and a coach – David Moyes – that Mikel Arteta knows well from their Everton days. Moyes has never won at Arsenal in 19 previous attempts although Arteta conceded that we were lucky to win the last time we faced them. Hopefully, we are a little better prepared this time.

David Luiz is available for the game, and I expect he will start. Whether that means Tierney will move on the left wing or whether Holding or Gabriel will sit, who knows?. We can probably also expect Ceballos to start, unless we want him to kick someone else in the warm up. I kid, I kid.

Elneny has done well but Dani is expected to provide more creativity through the middle. Willian will start as would Auba. Nketiah might come in for Lacazette if last year’s selection pattern is anything to go by. Unless Pepe starts on the right and Auba plays through the middle. Actually, I’ve convinced myself now that that’s the lineup I’d like to see.

West Ham proved a bit tentative against dribbling in the wide areas, and struggled to deal with crosses and movement in the box, and Willian, Auba and Pepe should cause them some trouble. I’m actually frustrated that we’ve gone back to matchday squads of 18 and 3 subs because young players like Saka and Nelson are probably going to see less game time in the PL now. Still,  there’s a lot of games to be played. It’s not exactly a bad thing to have more options.

Arsenal will start the weekend in first position in the league table. Obviously that doesn’t mean much at this stage, but it’s great to keep it going as long as possible. 3 more points will do very nicely. I think we will win. 3-1 is my gut feeling.