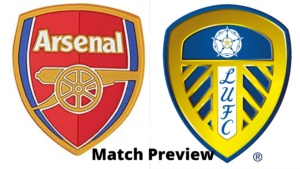 The only place to start this preview has to be with the big news of the manager’s contract extension. It’s no secret, am not Mikel Arteta’s biggest fan. I have issues with his personality, actions and his management. But I don’t really have a problem with the contract extension, nor the timing of it. It may not be the best step for this football club, but it is the only logical step for them to have taken given that they have embarked on what they term ‘this project’. Projects need time frames though, and they have been very slippery about providing those. Anyway, assessment of what this means will follow at some point, but for now, this will either be a boost, or could prove a distraction for our next game.

Is Top 4 ahead of schedule or a done deal?

Especially if we conclude top 4 is either ‘ahead of schedule’, or a done deal. With Spurs playing Liverpool before our game, it is very likely they will drop points. We mustn’t let that distract us from the task at hand. At the moment, we have top 4 in our hands, but so do Spurs since we are still to play each other. Letting any chance of opening up a bigger gap slip, could prove to be a big regret.

We came through a tough run of games after a horror run of results, often riding our luck. But that way of doing it is far preferable to sitting back and hoping for ‘efficiency’ to get us through. Leeds may be at the lower end of the table, but not only does being relegation threatened give them more to fight for, it also must be remembered it is teams like them that inflicted those defeats on us. So I hope we don’t go back to the boring order rather than the excitement of the chaos that has us alive and kicking in the league.

When we last played Leeds they had something like 9 first team players out due to Covid, and as such it wasn’t the toughest of contests. Although they still have a fair number of players out injured, this team is nowhere near as shorthanded, and they have a new manager as well.

Jesse Marsch has been in charge for 8 games, and has 3 wins and 2 draws, accounting for 11 of Leeds’ 34 points so far. Apart from the heavy defeat to ManCity last time around, they’ve been in decent form as well are an unbeaten in their last 3 away games. They also have 2 clean sheets in those games and will be hoping to add to those stats away to Arsenal. They have 2 former Arsenal academy players in their team in Ayling and Greenwood, but the two future Arsenal players (joking) Kalvin Phillips and Raphinha represent the danger men. Leeds aren’t as open anymore having conceded only 8 in 7 games under Marsch, prior to and excluding City.

Switching to Eddie Nketiah, a player who won a Championship medal with Leeds, has given us new vigor in attack and as always, I would urge us to start by going at them. An early goal would really help us get on our way, while any lethargy could see Leeds settling down more and more to deny us. They’d be keen to bounce back from the ManCity loss, and to take a step towards their Premier League survival.

But our desire for Champions League football and for St “totteringham’s day” has to be greater, as I’m sure it will be. We have the quality over Leeds. We have almost everyone available, with Ben White (another former Leeds player) likely to come back as well. I’m not expecting it to be an easy game, but a win is all that matters right now.