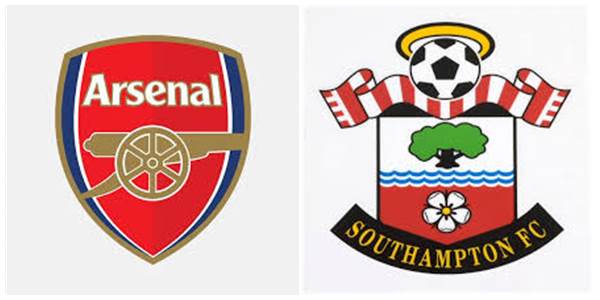 Mikel Arteta joined the club as a player at a time of crisis and was instrumental in helping to stabilize things, quickly gaining a reputation as a leader in the dressing room. In some ways his managerial career has followed the same path. Emery was a real departure from what we were used to, and a failure, and Mikel once again found a club in crisis, which again, he stabilized and led to an FA Cup.

It’s gone a bit sour again and for better or worse, there is no Wenger to take the heat. I have no doubt Arteta is made of stern stuff and can take it. I just wish he wouldn’t act like a captain and act more like the boss.

To be fair, someone seems to have had a word and he was much more inclined to protect his players and put himself between them and any brickbats in the latest pre-match conference. If the problems were just confined to him and the dressing room, I might even be confident that he could learn and turn it around.

Unfortunately the Arsenal upper management doesn’t much fill me with any confidence they are helping. Quite the opposite. I don’t know if Arteta can learn on the job while also needing to pull the club up from the hole they keep digging themselves in. Every time the club speaks it just fills me with more cynicism and lack of belief and I know I’m not alone in that.

A club in crisis vs the rising Saints

And so, here we are. A club in crisis, which doesn’t even feel like much of a crisis because, frankly, it doesn’t feel like much of a club. The Kroenkes are living up to their reputation, as are Edu and Kia, Vinai is a bit of a mystery that no one cares enough to solve, and Mikel Arteta is stuck between them and the weight of Arsenal’s history.

Meanwhile Arsenal are in 15th place, scoring just 10 goals in 12 games, and dealing with a number of personnel issues of their own making. Where top-6 and even top-4 might have been legitimate goals for the season, now we will be lucky to make the top half. But if we’re looking at ways to turn things around, we need look no further than our next opponents.

Ralph Hassenhutl joined Southampton almost exactly 2 years ago, when they were in the relegation places. A year later they lost 9-0 to Leicester. But they persevered and currently they sit in 4th, just 2 points behind the league leaders. They’re also tied for 3rd in goals scored (24), but are only 13th in shots (134) with a 45% shooting accuracy. Danny Ings is their top scorer with 6 goals. He’s no stranger to scoring against Arsenal with 3 in 3 games. Arsenal will need to watch him and Che Adams up front.

But once again, it will come down to how we cope in midfield. Ward-Prowse is a set piece threat, but along with Romeu also forms a good midfield pairing that, on current form, would absolutely run through us. I think Elneny will be important to try and mark him out of the game.

Arsenal will be the counter-attackers

Let’s not make any bones about it, Southampton are the better team and in good form. 10 points from the last 5 games compared to our 1. Our best bet will be to attack them on the counter and have players who can run at them with the ball. We’re not exactly blessed with such players but Nicolas Pepe returning from suspension will help. Him and Saka would be my picks for this role. With Bellerin and Xhaka suspended, the supply route will probably be Cedric and Ceballos. Luiz and Martinelli are back in full training too, and it will be great to see the young Brazilian back out on the field. Who knows, he might even score the winner.

As much as I was pessimistic about our chances at the weekend against one of the worst teams in the league, I can’t help but think that we’ll play up against one of the best teams. Hassenhutl’s first Southampton victory came against Arsenal. It’s time for Arsenal to start its own recovery by returning the favour.

PS: A warm welcome back to an Arsenal centurion and all around great guy, Theo Walcott, a much underrated player. Let’s hope he doesn’t remind us how good he was for us.