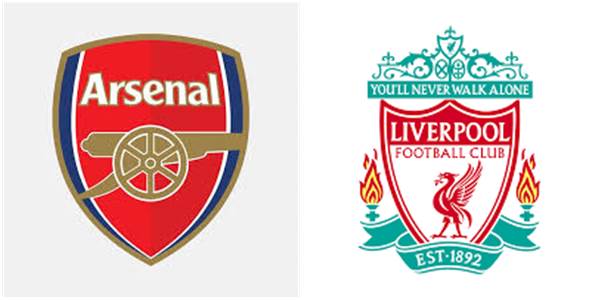 Liverpool may no longer be as good as the last couple of season when they were the benchmark for every team to judge itself against, but they are still a very good team. They’ll still be hoping to make the top 4 as well, and to finish higher than Everton. While we, or at least I, want Arsenal to chase down Spurs. Ultimately, both these quests could end in failure.

Liverpool are 5 points adrift of Chelsea, who just appointed Tuchel – Klopp’s successor at Dortmund. There is 6 points between us and Spurs, who still have Mikel Arteta’s twin managerial spirit in charge.

Ok ok. He’s not THAT bad. But I really hope he stops with passing the buck, and even more, that we start playing more attacking football. Take the game to our opponents instead of hoping for a smash and grab. Alright, I’m done sounding like a football commentator from 20 years ago. I hope our football goes back a bit though. What I’m assured is ‘modern’ football seems more boring, and not even as effective.

It’s going to be tough against Liverpool though. Not only are they a very good team, but we’re possibly going to miss some crucial players. Saka and Smith Rowe both have injury issues and will be assessed, and Granit Xhaka is a doubt with an illness. David Luiz is out, and also, Willian is back. We just can’t catch a break.

Partey and Ceballos should be press resistant though, and with Lacazette and Auba up front we will pose an attacking threat of our own. The current Golden Boy and Arsenal Player of the Month should also be available after an injury scare during the international break.

I was going to talk about Liverpool, but there’s really no point. Everyone knows how strong they are, despite their injury issues and poor run this season. I’d rather talk about where we are in comparison. Everyone assures me, Arteta included, that Arsenal are on the same path of building the side. I have to confess I don’t see it. It seems more Roy Hodgson than Jurgen Klopp to me. But I’m happy to be proven wrong.

For this season, my target remains for there to be a St Totts resurrection. If we can win the EL that would be a huge bonus. Especially because the next transfer window will be crucial and a real test of both Arteta and Edu’s vision and ability. Top 4 next season is an absolute must, after all the grandstanding about being a big club led us here. Other teams will all get stronger too.

For now, we treat Liverpool as a benchmark. We have a decent record against them at home. Let’s try and match up against them, and if we can come out victorious, that will give us huge belief for the rest of the season and beyond. There’s 9 games to go in the PL. Let’s hop to it.