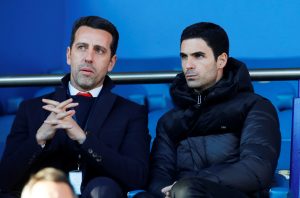 @ShardGooner reveals how in this transfer window Arsenal have completed the “purge” of certain players the club was once built around.

You know how the “Game of Thrones” type shows have some shocking event like the red wedding where the violence is supposed to end the battle, but all it ends up doing is escalating the issue for many years to come? That’s where Arsenal are right now.

We had a coup 3 years ago, very quickly followed by another far more damaging one.

The Emery-Raul regime itself didn’t last too long, but that’s where they laid the groundwork for maligning everything past and present in favor of dreams of a glorious future. The cult of the executive was created and every move became a matter of pride and restoring honor.

In so doing we ended up forcing out (one way or another) the players we were built around. ‘No one is bigger than the club’ is just the sort of empty truism that those who echo ‘trust the process’ would chant. What the process has ended up doing is spending virtually all the cash reserves saved up during Wenger’s time to drop to a very respectable top 10 position with no scouts to recommend players that can help us out.

With the much hated, because he’s loved, figure of Mesut Ozil leaving to popularize the Turkish league, Arsenal also decided to get rid of all who spoke for him. The purge is now complete. Iwobi liked the Bergkamp post, Xhaka’s troubles within the club started them as well. Mustafi and Kolasinac are of course close to Mesut, but it seems AMN and Willock didn’t do their cause much good by publicly appreciating Ozil.

The ‘troublemaker’ is gone. So now our troubles are over. Or so some would like to believe.

The reality remains that Arsenal are hanging around mid-table having scored a mere 26 goals. We’ve improved defensively of late, but if we’re honest a lot of that is down to Leno, and some lucky breaks as well. Still, I understand that we seem to have a base to build from and why fans will be happy at a fresh start, even if it is only notional. I myself suggested that this new Arsenal has no more excuses now that it has removed the legacy contracts.

So up next is a Wolves team in horrible form in a pretty bad season compared to last year. While we’ve picked up 11 points in the last 5 games, Nuno Espirito Santo’s Gameboys have secured just 2 draws in the same period. They’ve had just about the same shots as us but scored 5 goals fewer while conceding 4 more. When we last played them in November, Raul Jiminez had a really bad injury, fracturing his skull in a collision with David Luiz. Thankfully, it appears he could get back to playing again. Wish that is indeed true and he makes a full recovery. It does highlight their problems though that he still remains, along with Neto, their joint top scorer in the PL with 4 goals.

So, our defense should be able to shut them out, right? Even Adama Traore has been mostly quiet in the league this season. His aerial battles won stat suggests the mostly use him as a target man rather than a counter attacking threat. He’s got 0 goals, created just 2 big chances for 0 assists, has taken just 12 shots with only 4 on target, and makes just over 16 passes per game in his 20 appearances. What a weird player. But probably going to have a monster of a game against us. Or is that no longer the Arsenal way?

We’ll be without Tierney, while Auba, Dani Ceballos, Pablo Mari and Bukayo Saka are all back in full training and will be assessed. Mat Ryan is out as well. Confidence is a good thing, but Arsenal fans have dropped standards (in my opinion) just to have something to cheer about. The draw against ManU was fairly lucky, even if we had some good moments.

Arsenal are favorites but questions remain

Will we perform better against Wolves? Will we have better luck? Who knows?

I have a hard time figuring this team, and this coach, out. We should win, especially if Auba is back and hits the ground running. It could be a boost to the whole team. Pepe seems to have picked up his performances of late as well, and even Willian didn’t totally stink.

Will the reduction in squad size help refocus the players or lead to complacency? Are players motivated by the hope of signing a new contract or worried about how they’ll be treated by the club? Is Arteta’s wife happy he’s talking more to Edu than to her?

Tune in to the continuing drama that is Arsenal FC to find out.