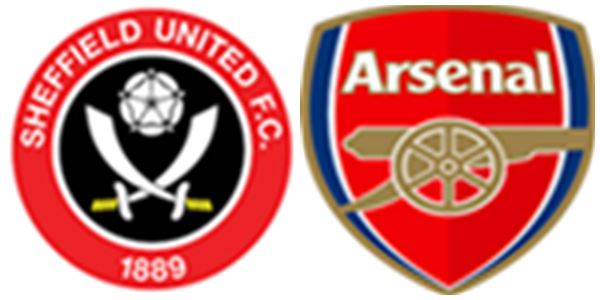 Midweek happenings may have left us in a precarious position in the Europa League, but there’s no such issues in the Premier League where we are sitting safely in the middle of the table. A bit of gallows humour before we travel to Sheffield to face the blades. Arsenal are yet to win at that ground, and we lost 1-0 last year as well.

Of course that was a different team. Chris Wilder was still wilding with them and had them flying high. Now they are all but ready to go back down. Hecking bottom of the table, 4 losses in their last 5 games, and having won only 4 games all season, surely these are the ideal opponents for Arsenal to work themselves back in some form before the crucial second leg tie against Slavia Prague. They are even missing players like Berge, and maybe Baldock, their leading assist maker, with 2. That really isn’t a lot but they’ve only scored 17 goals on 253 shots. Worryingly, according to the PL, they create chances at around the same rate as us (1.07 vs 1.1) and have actually missed more big chances than us (29 vs 27).

The key differentiator, as far as I can tell, is that we defend better than them, and we have better forwards. The much maligned Lacazette is our leading goalscorer with 11 goals, 8 of which have come away from home. Willian, of course, is our leading assist maker with 5. Guess stats really don’t mean all that much.

Struggling to get excited

But what I know is I am struggling to get excited at the prospect of staying up late to watch an Arsenal game. We approach games in such a conservative, even cowardly fashion, that wins barely evoke joy, and draws/losses are almost invited. The manager then thumps his chest and asks players he publicly emasculates to show some balls. We’re all just trapped in Mikel Arteta’s world.

People seem to project all their hopes and dreams onto him. I did the same and really wanted him at Arsenal. But I am forced to think that rather than a tabula rasa – a clean slate, Mikel represents an empty vessel. Loud and demonstrative, but nothing to show for it.

Still, I would expect we’ll have 3 points at the end of the game, but with ESR out and some doubts over Odegaard as well, I’m not expecting anything pretty or fulfilling. It’ll be a dull, turgid affair. That could turn out different if we make a lot of changes to focus on the EL and end up playing the kids in this game. Miguel Azeez and Lopez were on the bench in midweek, and many reports followed that Balogun is about to sign a new contract. Play them, add in Nelson and/or Eddie and we might get some of the real Arsenal via the Hale End. All of the best personnel changes have come via the manager’s hand being forced. Playing the youth just to rest players is an ideal blend of conservativism disguised as adventurism which could prove to be to our advantage again. At the least, it would offer something new. I might even be looking forward to the game then.

My target of St Totts returning this season is fast disappearing into the distance. 7 points with 8 matches to go shouldn’t seem that far, but at the moment it feels like everyone at Arsenal has sort of turned their attention to next season when it comes to the PL. With Spurs playing ManU, we could find ourselves 3 points closer by tomorrow. Maybe that will spark some life in us for the rest of the season. We could really do with a spark, because for now, our guns are silent.