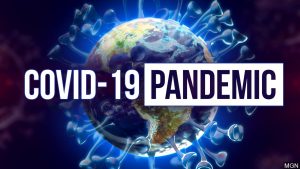 At the time of writing this blog the following were the headlines of the top Arsenal stories:

Seems to me the publications who generate this rubbish on NewsNow think football fans in England and the rest of the world are idiots who live in a bubble; unable to connect the Premier League to the crashing economies in our various countries, lockdowns, quarantines, self-isolation and social distancing that we are now experiencing. These NewsNow articles reek of absolute insanity.

In reality it doesn’t take a genius to recognize that professional football in general and the Premier League in particular are taking severe financial blows as long as the pandemic rages and normal economic and social activity is suspended.

While I take anything they write with a grain of salt, the Daily Mail recently reported:

If anywhere close to the truth, this represents a huge loss to all top flight clubs who are very dependent on broadcast revenue to meet high fixed costs which must be met whether or not a ball is kicked. This includes the following:

From my research, so far no top-flight English club has come out and explained the extent of the bleeding they are now suffering. But across the Channel, over in Spain, Marca has reported that Barcelona will lose at least 100 million euros ($110.7 million) due to the worldwide coronavirus (COVID-19) crisis. Furthermore the club wanted players to cut their salaries by 70 percent until June 30 as a way of saving around 106 million euros.

By going public, Barca succeeded in getting the players onside. (Who wants to look greedy in a country ravaged by a rising tide of deaths from COVID-19?) The latest news is that an agreement has been reached for the players to take a temporary hit to their wages.

Even Lionel Messi, who was No. 1 footballer on Forbes latest Rich List, was on the defensive. According to him, Barcelona’s players are “surprised” that people inside the club would want to pressure them into taking wage cuts and confirmed the squad are happy to take a 70% hit on their salaries because of the coronavirus pandemic. Don’t fret for Lionel though. His wage, in excess of €600,000 per week, is only about 25% of his estimated annual earnings of $120 million, most of which is from endorsements.

Meanwhile Newcastle and Tottenham have put their non-playing staff on furlough while their players join their colleagues in the PFA and refuse to take a pay cut.

While Barcelona is one of the biggest clubs in the world, earning and spending more than almost all its English counterparts, their drive to cut expenses is a telling sign of the agony facing Premier League outfits.

Arsenal revenue losses could be as high as £112 million

As a Gooner am especially concerned for our club. Based on 2017-18 financial statements, revenue from Gate and matchday as well as TV and broadcasting totalled £279 million. Worst case scenario I estimate there could be as much as 40% or £112 million cut in revenue once this season is finally blown off. Below is a breakout of Arsenal’s revenues:

All things considered, seems to me Arsenal and other top-flight clubs are in a battle to remain in business as they could easily become insolvent if they don’t have the financial reserves to weather the crisis. Meanwhile, last time I checked, there is no government offering a bailout for football clubs.

Given that many of us have may more pressing personal issues due to life changes caused by the pandemic, this article may be a welcome distraction. As they say misery loves company. On that note I welcome your comments.