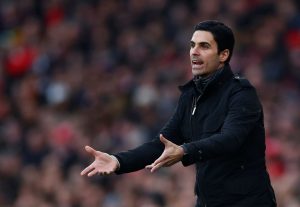 In this latest podcast, yours truly Shotta and Blackburn George, the Arseblagger, analyze Arsenal’s magnificent draw at Chelsea. The Gunners refuse to lose, repaying the faith manager Mikel Arteta placed in the team after they went down to 10-men, when he declined to make any immediate substitution.

Remember to  Like and Subscribe to our podcasts wherever you listen and spread the word about our belief in free-flowing, attacking football by a club with integrity and class, the Arsenal-Way .