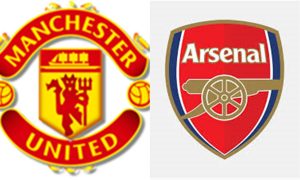 Arsenal  taking on Man United. What a fixture this used to be.

With the exception of referees giving them dodgy penalties, all seems to have changed now. No longer the top dogs in the league, both have gone the ex-player as manager route. Surprisingly Ole has his supporters. To be fair, they have had some good results. We have had more than our share too and Mikel Arteta has his supporters too. But he also has his detractors because the quality of our attacking play has been pretty poor, and he’s chosen to leave out the best creative player at the club. Or so he says. I’m not sure I believe him. In fact, I like him enough to not believe that he thinks Ozil is a worse option than Willock, or Matt Smith last season.

At this point the club have basically set their stall out and pitted Arteta against Ozil to challenge fans to pick one. In the meantime they’ve also had Huss Fahmy removed and someone is planting stories against him. I never liked him much and don’t care he’s gone but this trend of anyone leaving, or in Ozil’s case, staying, getting negative press is just sad. Modern age and all, but we managed to avoid falling to such depths till not long ago.

Anyway those distractions aside, can we prevent Bruno from falling over like a more dramatic version of Salah in the penalty box? I doubt it. Simply means we need to score at least a couple of goals. 14 years since we last won there in the league, but the club went with Danny Welbeck’s FA Cup winner there as their hype video.

I hope we can replicate that result but I have to say, I’m strggling to get excited about Arsenal right now. It is a club trying to find itself and figure out what it wants to be, and I’m not sure I like where they’re going. Even Arteta, much as I love him, seems to be struggling to be all things altogether. I just had the thought that he’s still adapting to leading as a manager rather than as captain. The players seem to like him though and I guess in the end that is what matters. That and performances.

In case you think I’m being too negative, I also caught some ridicule for suggesting we’ll finish top 4 this year and look to win the title the next. I’m a little less confident about it at the moment, but think I’ll stick to that prediction. I’m prepared to wait for performances to pick up seeing as Arteta is in his first job, and hasn’t even had a full pre-season yet. Something he mentioned as well.

To be fair, we did have a good half against Leicester (followed by a bad one) and a good game against Dundalk in the Europa League. Maybe some of the Hale End youth will get more game time and save Arteta from overthinking. Play the yoof Mikel, and the yoof shall set you free.

Anyway, we really cannot afford to lose a 3rd league game in a row. Our recent record against ManU is pretty good and they are yet to win at home this season. The lack of fans at the stadium ought to be an advantage for us. We have good attacker and need to get them the ball quicker and more often, while managing the mini injury crisis at the back exacerbated by another weird squad decision. But oh well.

Referee Mike Dean will look to be the star of the show and must be kept out of the game as much as possible. I say we kick him hard and often and let im know he’s in a game. No? Too risky? Don’t say I didn’t warn you when he gives them a penalty.

My key man is Thomas Partey. Among all the negative emotions I feel about the club right now, I am so pleased he is at the club and I think he will make a huge difference. He’s no stranger to the big stage, and now it’s time for him to prove it in one of the PL’s Premier fixtures.

Yes, it retains some of that magic. Hopefully we can find it too. For the sake of my sanity at least. Please make it a good one, Arsenal.

Written by Shard aka ShardGooner