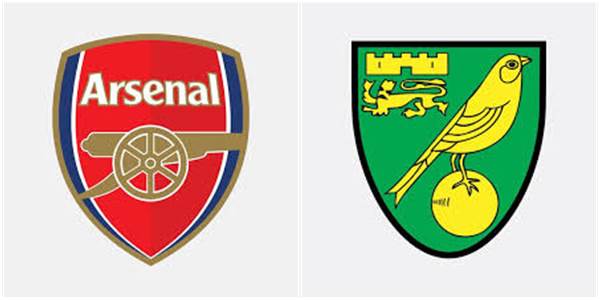 Two away losses, and two away wins, and now we’re back to play our first home game since the restart. I’m looking forward to the Fifa20 crowd chants. ‘Mike Dean is a wanker’ better be on the playlist. The referee is Peter Bankes but that doesn’t matter, except it could make for a better rhyme. Mike Dean will be the VAR.

Anyway, not a lot has happened on the footballing front except that Arsenal are through to their 30th semifinal of the FA Cup. Wembley again with ManCity waiting for us. A big ask but as Arteta was keen to point out, to win titles you need to face the best teams. Here’s hoping we’re up for the challenge.

The immediate challenge though is a Norwich side who are fighting for every point they can get. Norwich almost joined us in the semi final draw for the FA Cup. They took ManU to extra time despite being a man down, only to concede a couple of minutes before penalties where Tim Krul might’ve been a factor.

We need to make sure we keep him from being a factor again. Create lots of goal scoring chances and finish them. Not only do we need the 3 points, but Goal Difference could make all the …ermm… difference come the end of the season.

Norwich are the only team to not have recovered a single point from a losing position. No team has ever gone through the entire season with such a record. Arsenal could do with not being our usual generous selves with opponents that are in a rut.

Watch out for Buendia who tends to live up to his name and have a few good days. He’s their leader in tackles and assists. Teemu Pukki is their leading goalscorer with 11 of their 25 goals. Todd Cantwell is next with 6. For some reason Cantwell has been linked with Arsenal by the UK media/fans. I don’t know much about him or why he’d be a good fit, but a reason to keep an eye on him I suppose. Hope he lives up to his name too so we can have a Buen Dia.

Not that long ago, I remember looking at Norwich play a pretty passing game and thinking we could do with some of that. It’s obviously not working for them, but they are still a team that makes plenty of passes. In fact they’re just behind us in total number of passes and touches for the PL season. (9th most) They’re 11th in tackles and that might suggest they are decent in possession, but they are also the 3rd most dispossessed team (behind Tottenham). Wink, Wink, Wink.

Some tough tackling might be the order of the day. We must expect Norwich to not merely go for it, but possibly to be egged on by the egghead to ‘get stuck in’. Daniel won’t give a Farke if he can manage to get his side closer to PL safety. Hopefully we can work up enough of an attacking game and grab the goals we need to prevent a comeback (ref induced or otherwise) and keep Norwich’s poor record going.

Arsenal are in 10th place with 43 points. Win and we could go up to 7th before Sheffield United and Spurs play each other tomorrow. We’d be 6 points behind ManU and Wolves in 5th and 6th place. Depending on the ManCity situation with UEFA, that 5th place could represent a CL ticket.

Luiz, Ozil, Torreira, are still doubts. Cedric, whom Arteta was full of praise for as our best option at RB in the attacking third, is available. Leno, Mari, Chambers and Martinelli are all out long term.

There’s been some more talk and movement surrounding contracts and loan/transfers in and out of the club, but frankly, that’s a discussion I find draining now. Maybe one of these days I’ll write about why I am right and why anyone supporting Raul is wrong. But then again, that would be pointless too, an adjective we must ensure applies to Norwich today.

Hoping for a good game to watch, but most importantly, an Arsenal win. COYG.