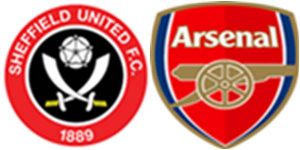 This season has felt like a bit of a write-off for some time now, so it is almost unbelievable to think that Arsenal could end it with a trophy. But this is precisely what Arsenal, and Mikel Arteta, would be hoping to achieve. There’s the small matter of the FA Cup quarter final to take care of first.

We travel to a Sheffield Utd side who sit just ahead of us in the Premier League table. They’ve had an impressive season and there has been much praise for manager Chris Wilder. They’re tough to beat, and defensively secure. Although they don’t score many goals, they have some ability on the ball. However, the interruption seems to have affected them quite badly. A 0-0 away draw at Villa is the only point they’ve garnered since the season resumed. They’re coming off two successive 3-0 defeats. Despite this they’ve still only conceded a goal a game in the PL. This is a team low on confidence and struggling to rediscover the magic that got them where they are. Which of course means Arsenal will present them a lifeline.

Gallows humor aside, there must be no complacency from the Arsenal players. A change of scenery from the rigors of the PL, and a chance to make it to Wembley, will be enough to have Sheffield sharpening their blades and going for the kill. SHU beat AFC Fylde (a club I don’t think I’d ever heard of), Milwall, and Reading to get this far in the tournament.

Arsenal’s restart didn’t go much better, and a place in Europe remains a good way off. But the victory at Southampton has lifted spirits. Some questions remain among supporters, both about the tactics, and about certain players, but the sense of occasion should be a boost for Arsenal as well. One person who knows all about the significance of the FA Cup is Mikel Arteta, of course. He’ll be looking to communicate that to the players. Even some of our fans could do with hearing that message.

The team selection will be interesting. The importance of the game will need to be balanced with managing the physical demands on the players. We’ve had to deal with a few injuries lately, which makes the job harder. There are also a group of young players at the club who are pushing for a chance. A few of them were involved in the training session yesterday. Hopefully, a few will make the team and do well. Also hoping we win the game without needing extra time. Can do without the extra 30 minutes in the midst of a busy schedule.

Arsenal vs Sheffield United in the FA Cup is a trip down memory lane. The Kanu goal that led to Wenger and Arsenal offering to replay a game they’d won. The David Seaman magical save in the twilight of his career. Both moments in Arsenal folklore. If we’re lucky, we get to add to that on Sunday. 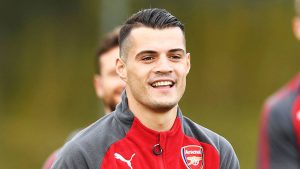 A moment of mirth from Arteta’s press conference was when he was asked about Xhaka’s vocal leadership. He was genuinely complimentary about Granit, calling him a true leader. But when asked if he could be captain again, Arteta chose to go over the top. Wenger used to talk about having 11 captains on the field. Best not discuss how Emery managed the captaincy. But Arteta said that he hoped he had 24 captains. Surely he was just messing with the media. Right?

Some leadership and responsibility on the field will go a long way though. David Luiz is back from suspension, and will be looking to redeem himself. He’s not my favorite player but he is a winner, and has great mental strength. As with his hair, he has bounce-backability in his career. No jokes about how he should bounce back to Chelsea, please. To go with the FA’s Heads Up campaign on mental health awareness, it is important to remember that these players are human as well. The money they earn doesn’t take away from that fact.