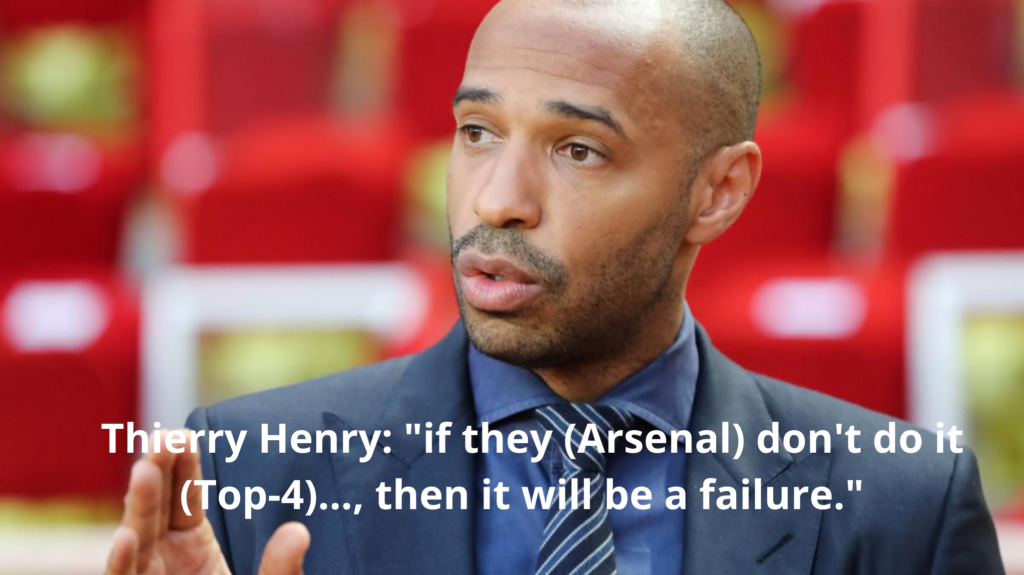 Arsenal are entering a crucial period of their season in relatively good position. Doubts remain over the depth in the squad and whether we can show enough consistency to get what should be, and if we’re honest, was the target for the season – qualifying for the Champions League. It doesn’t matter how much Arteta wants to shield his team, and himself, from the expectations. They come with the territory, not from Thierry Henry.

It did seem a bit far-fetched with the losing run we had at the start of the season, starting with the opening day defeat at Brentford. The Bees didn’t quite derail our season then, but we must make sure not to let them sting us this time around.

Happily for us they’re in poor form of late. Their last win came against Aston Villa on the 2nd of January, after which they went on a run of 5 defeats until the goalless draw against Palace last time around. Ivan Toney is top scorer with 6 of their 26 goals and Mbuemo and Wissa also provide speed and goal threat while Christian Norgaard provides control in midfield. Adding to their heavy Danish contingent is Christian Eriksen, and I think we can all put aside his history with a certain club and be happy that he is able to play the game again. He will add invention to the team and could help them score more goals. Let’s just make sure it is not against us.

Arsenal not in great form but…

Arsenal aren’t really in great form right now either as our performances have been struggles. Arteta said we should stop talking about the red cards now and on this I agree with him in that talking isn’t helping. He also spoke about our attack improving and once again stressed on needing to improve efficiency in front of goal. Statistically, I can see where he’s coming from. According to the PL, we’ve created 26 big chances and have missed all of them. Brentford have 27 (albeit in 3 games more) and missed 22. (For context, Liverpool missed 46 of 66, ManCity 45 of 59, Chelsea 33 of 47, ManU 37 of 48, and Spurs 33 of 41)

I still believe the real issue is we’re not creating anywhere near enough, and our system relies on the Lacazette – Odegaard linkup to pull the defense out of shape. But then we aren’t well positioned to make use of it. We have overperformed our xG though so it’s not all doom and gloom. We ought to be able to dominate Brentford, and Saka and Martinelli running at Brentford should scare them. As long as we get the tempo right, go for it, and not let them settle.

At the other end, Tomiyasu remains a doubt despite having trained all week, and if he’s not fit Cedric might be the player Brentford’s wingers target. The midfield will have to provide cover or, preferably, press and win the ball back early.

The weather in the UK disrupted Arsenal training in the buildup to this game. Let’s hope it is the storm before the calm that descends on Arsenal’s shore in the aftermath of a good performance and win. The prize of a return to Champions League football is in sight and we could do with a bit of wind in our sails.

THIERRY HENRY IS THE LATEST HERETIC

In our latest Positively-Uncensored podcast,  Blackburn George, @arseblagger and Ehab, @candymanchenk join with Shotta, @shotta_gooner to consider the significance of the legendary Thierry Henry’s recent public challenge to his old club, Arsenal, that “if they don’t do it (Top-4)…, then it will be a failure.” This has caused a furore among some Gooners on social media, many of whom now regard Top-4 as much too high a goal for Arteta and the club after years of “dissing” top-4 as not being good enough under Wenger. Go figure.

As always we invite you to support our uncensored, unfiltererd, commonsense point of view without the hype and false narratives that now dominate coverage of Arsenal in both mainstream and social media.