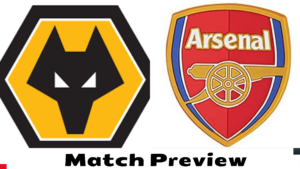 It seems like an eternity since Arsenal last played a match. While the Dubai training camp ought to have done them good, as would the 2-week break, there is a real risk of rustiness. We saw a lot of PL teams struggle against lower league opposition in the FA cup. Our next opponents, Wolves, lost too, albeit against PL Norwich. The extra game might do them good and would have helped bring match sharpness to their teeth. And those teeth are plenty sharp. They have been on a run of 4 wins and a draw in the PL, and they now stand a mere 2 points behind us. The quirks of the season have meant this is the first time we’ll be playing them with the second to follow 2 weeks later. It almost feels like a cup tie.

Wolves don’t score a lot of goals. In fact they are the 3rd worst team in the league with just 19 having failed to score in 10 games (2 draws 8 losses) They are however tough to score against, and have conceded only 16. Clearly they like to keep it a tight game, and rely on the talent they have to get them the goal they need. There are some signs that they are starting to play a more expansive game in recent weeks though.

Raul Jiminez and Hee-Chang Hwang are their top scorers with 4 goals each, but it is in midfield where their real strength lies. Joao Moutinho and Ruben Neves are capable of running the show, and even trouble the keeper with their long range shots and unsettle the defense. Arsenal, at least, will not have to worry about Hulk Flash since he’s gone to join La Liga de Justicia.

But Arsenal have enough problems of their own. Chief among them may be the possible (likely) absence of Tomiyasu through injury. There has been no official word on him, or indeed on anything, from the club prior to the game. But it seems likely he won’t be cleared to play given he’s been absent from the training pictures from Dubai and Colney.

Another minus is that the referee is, again, Michael Oliver.

On the plus side, Thomas Partey should be back after he took matters into his own hands to gain some recovery time after his Afcon adventure. Elneny will be back too, but losing the final on penalties wouldn’t have been easy to take. With Auba’s departure, the door might open for Pepe to make an impact, but really who knows with Mikel Arteta.

Arsenal’s focus needs to be on 4th place, which is now 4 points away, but with 3 games in hand. Of course, a loss to Wolves and they will have overtaken us and the task becomes more difficult. The biggest worry is how few chances we create. Apparently we haven’t won after going behind all season, only managing a draw with a 96th minute goal against Crystal Palace. If Wolves score early it could be a long and frustrating game.

Focusing on the positives

Still, we should focus on the positives. January was a tough month, but before that we were flying in the league. The break could have come at just the right time. Martinelli has won player of the month the past 2 months and looks eager as always to go. ESR could become the first Arsenal player since Giroud to score in 4 consecutive away PL games. Odegaard and Lacazette have linked up well. If they can draw the Wolves defense out Martinelli, Saka, ESR and Pepe are all capable of scoring. Partey and Xhaka in midfield will be an interesting tactical battle against the Wolfpack.

I’m excited to have Arsenal playing again. Let’s just hope the performance is as exciting. There’s 17 games to go this season. Hopefully we make them all count.