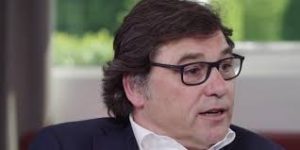 Times are hard and Don Raul is hiding. He was no where to be seen in Arsenal’s post FA cup celebrations. Since then, in the afterglow, social and mainstream media turned to happy transfer talk. For two days, at least, it was was all rumors of Willian and Coutinho being signed. Remarkably, despite his apparent excellent relations with the media, none of this activity was tied to the Don. Instead it was  Edu and and the club’s new “head of recruitment”, Kia Jaroobchian who were in the headlines.

By Wednesday it became clear why our our Head of Football is keeping a low profile. Fans received a bombshell with the following announcement:

Unfortunately, we have now come to the point where we are proposing 55 redundancies

By the way, in a long 469-word meandering statement, signed by both Raul and Vinai, it took them nine (9) paragraphs and 365 words to get to the crux of the matter.

Gotta say they and the PR team tried their best to deflect and conceal the full implications of what was being proposed. But in the age of social media, despite rampant censorship, fans quickly exposed the club hierarchy as rotten hypocrites for betraying recent promises made to the players, to staff and to fans. According to 20th April edition of The Guardian, the club released a statement which said inter alia:

“Reductions of total earnings by 12.5% will come into effect this month, with the contractual paperwork being completed in the coming days,” the statement read. “If we meet specific targets in the seasons ahead, primarily linked to success on the pitch, the club will repay agreed amounts. We will be able to make those repayments as hitting these targets, which the players can directly influence, will mean our financial position will be stronger.”

At the time they said qualifying for Europe would make our financial position “stronger”. How come this is no longer so?

Even more horrifying is news that the proposed cuts will hit strike at the heart of the independent recruiting staff built up over the past 20 years. International recruitment specialist, Francis Cagigao, who was a youth player at Arsenal before going on  to work alongside Arsene Wenger and who played a major role in identifying and recruiting the likes of Cesc Fabregas, Hector Bellerin and Gabriel Martinelli, is slated to go.

Also at risk of losing their jobs are Peter Clark (head of UK scouting) and Brian McDermott – both senior figures in Arsenal’s first-team scouting department.

But who needs scouts when super agent Kia Jaroobchian has a portfolio of his clients waiting to sign up for Arsenal, which will of course earn him lucrative fees and commissions. Edu, David Luiz, and Willian are his clients. The fox is already in the hen-house and he is feasting on the screaming, defenseless chickens.